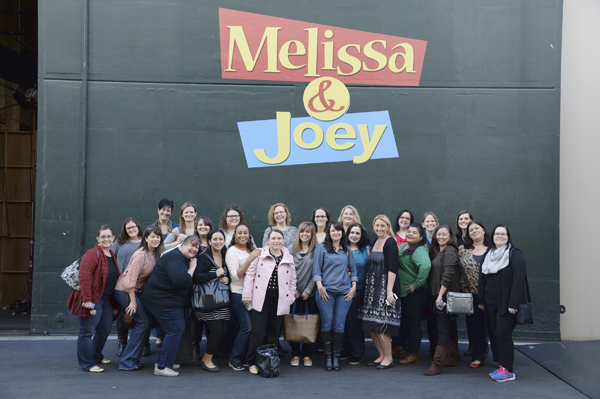 During my press trip to LA, me and 24 other bloggers visited the Melissa & Joey set and interviewed the stars of the show, Melissa Joan Hart and Joey Lawrence. Melissa & Joey is a half-hour comedy on ABC Family. It just won a People’s Choice Award for Favorite Cable TV Comedy. Melissa Joan Hart plays Mel Burke, a former wild child of a political family, who is now a local politician. Joey Lawrence plays Joe Longo who moves in with Mel, her niece and nephew to become the family’s manny. Between scenes Melissa and Joey were nice enough to sit down and talk to us and answer a few questions we had.

I grew up watching Joey Lawrence in Blossom in the early ’90s. He’s been on numerous amazing shows and won the Young Artist Award in 1993 for Outstanding Young Comedian in a Television Series, Blossom. His character in Melissa & Joey is so much fun to watch and unique that he becomes the family’s manny. He does a great job keeping the family together and helping Mel raise her niece and nephew.

If you grew up in the 90s, I’m sure Melissa Joan Hart is a face you recognize. She’s starred in such shows as Clarissa Explains It All and Sabrina the Teenage Witch. She has been nominated and won numerous awards. Of course, she’s most familiar as the politician now married to Joe in Melissa & Joey. 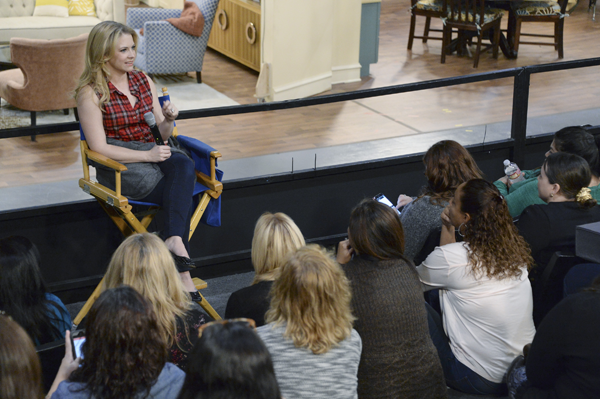 Joey said this next season up for Melissa & Joey is going to be a fun one! Joey said, “Lots of sex and arguing… and make up sex. It’s called married life.” Sounds like a fun time to tune in! He said this season will definitely exceed limits more than any other season.

Joey is married with two daughters so we asked him about his kids. He said he definitely likes to keep his personal and professional life separate. He said he wants his kids to live normal lives, unlike his very life since he’s a celebrity. He likes to keep his kids out of the limelight as much as he can. He did say his oldest daughter, Charlie, is interested in acting but he wants her to enjoy it as a hobby like he did when he was a kid.

Melissa discussed her kids too and how they are starting to be interested in acting. She said she would love to see them wait so they can have a normal childhood. Melissa said her schedule now allows her to spend more time with her family so she splits her time between the east and west coasts. Her family spends half the year in Los Angeles and the other half in Connecticut. Melissa actually has a clothing line for boys called King of Harts and the great thing is that they are made in the USA! I wish my son could still fit into these sizes! They are too cute and unique which I love when buying little kid clothes! 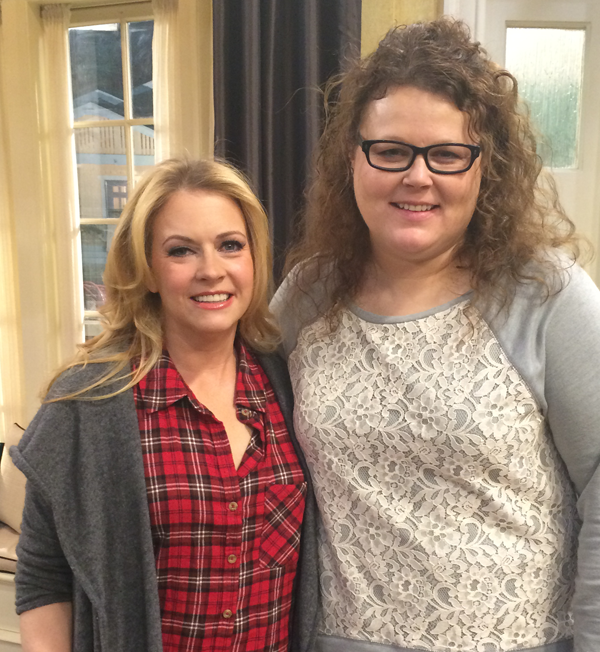 We actually got to hear Joey sing and it was such a treat! He said he enjoys singing in-between takes while they are taping. As soon as they would say cut, Joey would burst into song. It was so much fun seeing him festive and in the Christmas spirit while singing “Let it Snow”. Did you know Joey is currently working an album with his brothers called “Still 3”? It should be out sometime this year! We will be on the lookout for that album! 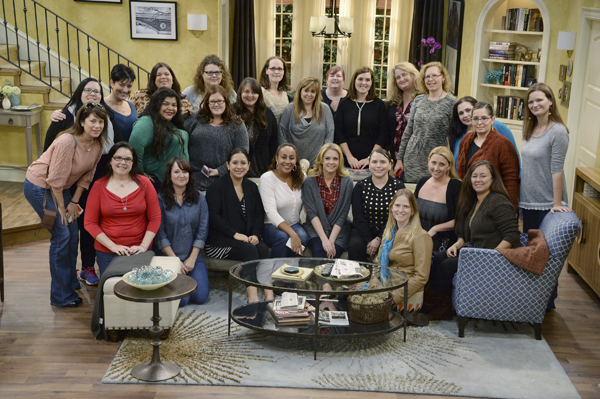 Melissa and Joey were both so down to earth and fun. It’s such a treat getting to meet these actors on set and seeing what they do every day. It’s amazing they take time out of their busy schedules to give us more details about their lives and work.

Watch a sneak peek of the winter premiere below:

Be sure to tune in to the winter premiere of Melissa & Joey on ABC Family Wednesday January 14 8/7c.

Check out our Melissa & Joey Behind the Scenes Set Visit!