A few weeks ago I had the opportunity to attend a Bad Moms press junket hosted by STX Entertainment in LA. I was able to screen the movie with a Bad Moms style cocktail party at iHeartRadio Theater. The cast was there and we even got a concert from Flo Rida. It was so much fun!

I’ll share my Bad Moms movie review with you in another post but for now I’ll be sharing our interviews with the cast. The day after we viewed the movie we got to interview cast members Christina Applegate, Annie Mumolo, Mila Kunis and Kathryn Hahn as well as producer Suzanne Todd, writer/director Jon Lucas and writer/director Scott Moore. It was an amazing day of pampering and relaxation for us. 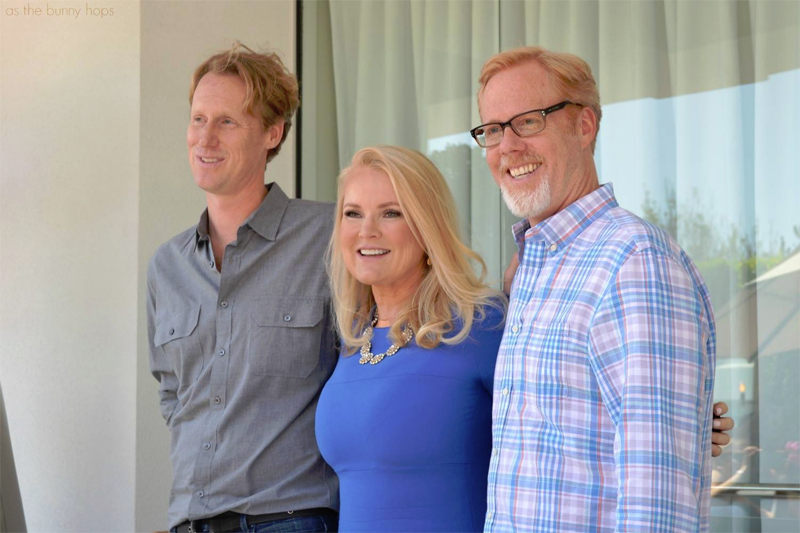 Scott Moore and Jon Lucas are both married and both have two kids. The writing came from them basically sitting at home, where they each have a home office, watching their wives in their stressed-out life trying to be a great parent. So, the inspiration for the writers was really their wives. They spent a lot of time talking to their wives and their friends. They threw parties and had a bunch of moms over to enjoy a bunch of red wine and the stories started flowing.

Jon Lucas said through the process he actually feels like he know understands his wife far better. He said he knew some of the absurdity like Gwendolyn (Christina Applegate) with the list of foods you’re not supposed to eat.

How many of you have had that similar bake sale thing where you get a crazy e-mail that says you have to bring food that has no ingredients in it, right?   It feels like everyone’s had that. – Suzanne Todd, producer of Bad Moms

I am pretty lucky that our school has no dietary restrictions. I actually do not know of any kids that have food allergies in my son’s school. Thank goodness I lucked out on that one!

Scott Moore said he hopes moms take away from the movie that doing less is okay. And do 5 percent less and spend 5 percent more time taking care of yourself or hanging out with your kids or just having a little more fun in your life. Expectations these days are beyond ridiculous! Suzanne said enjoying time with your kids is more important than making the perfect lunch. That is so true and we need to remember that! 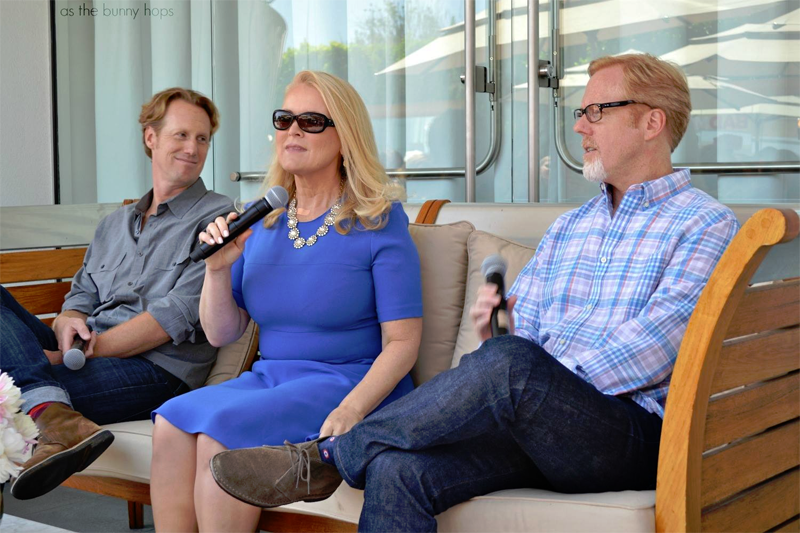 Suzanne said it’s hard to believe that the script was written by two men because it is so incredibly accurate. She said it’s so rare in Hollywood to find two writers and directors that can speak to each other so easily and have such amazing talent while still being nice people.

All the women in the movie are moms in real life which wasn’t their intention but they instantly got the script.

Being a mom is like three in the morning.  There’s shit on the wall.  And there’s a kid cutting you with something. – Scott Moore, writer/director Bad Moms

One of our execs had a great line, which is people are like how did you do an R-rated movie about moms? It’s like motherhood is an R-rated job. Like, motherhood is not PG.  It’s certainly not G. Motherhood is dirty. There’s a lot of stuff. It’s messy. It’s not pretty and clean and your hair looks great. 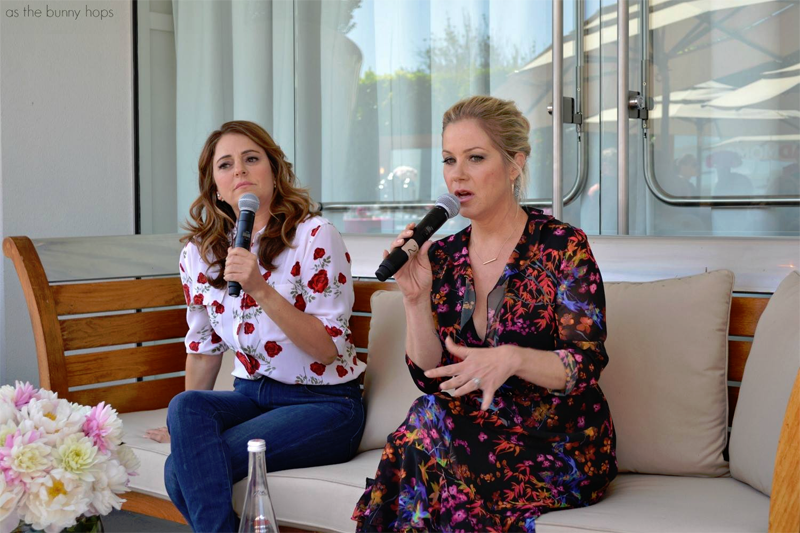 Christina and Annie started out by discussing the scene where Christina’s character is listing off all the ingredients food cannot contain for the bake sale.

No MSG.  No BHA.  No soy.  No sesame, and when I did that scene, they’re like can you add like five or six more?  I was like I can barely get through the list of like 10 in my mind, and I had to make up like other weird things. – Christina Applegate

Annie said she got very sick during filming and Christina sent her a big box of hot toddy mix, and which she drank the whole thing.

Christina’s character is Gwendolyn, the perfect mom with the perfect treats, perfect hair, perfect outfit… the perfect life. There’s always a mom like Gwendolyn in every mom circle. Christina said, in real life, she rolls up to school with hair that she hasn’t washed in seven days, toenails disgusting and her daughter hasn’t brushed her hair in three days… I think we all can relate to that! 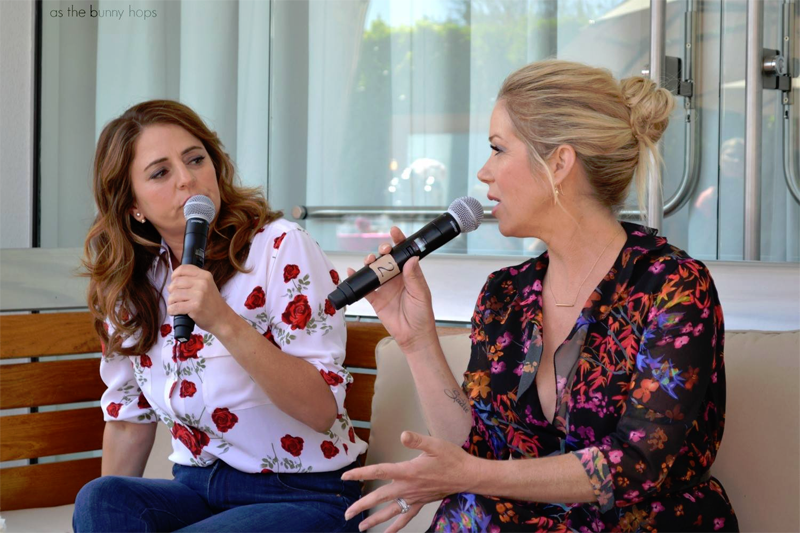 Who drops their kids off with perfect hair in a tennis outfit? Gwendolyn does, that’s who!

Did you go to dry bar like at 5:00 this morning to make your fucking hair look that nice? Like, if you asked me if I have lice, I wouldn’t know because my hair’s so damn dirty. Do you know what I mean? – Christina Applegate on Bad Moms

I think all moms can relate to looking great in the morning can be so hard.

I go in my closet. I take a few minutes and breathing. There’s wine. – Annie Mumolo on motherhood

It’s okay to fail in front of your kids. It teaches them that’s how life goes and to not hold yourself to such insane, unrealistic standards in life. Christina said she loves a saying from her kid’s karate class:  practice makes progress because perfection is not something you can obtain. So true! 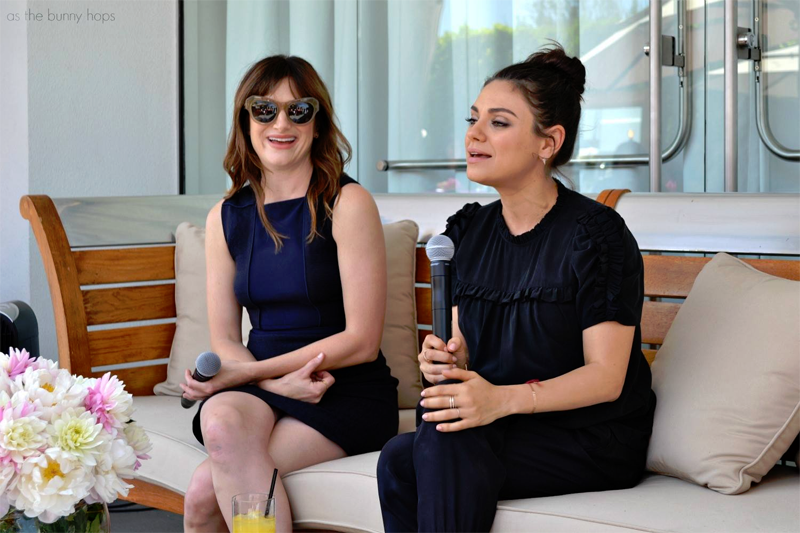 Mila’s daughter is only 21 months old so she doesn’t have that school atmosphere around other moms yet. But she does read a lot of blogs by moms and finds them thoroughly entertaining. She said moms need to relax more and be nice to one another.

Kathryn said many moms in movies are painted to have a saintly glow around them and aren’t necessarily portrayed like real life moms. She has a six year old and nine year old so she knows how moms can be. She said it is great to be able to count on her gal pals to help especially since her parents don’t live in LA. Having a support system is so important for moms.

Bad Moms is such an awesome message of solidarity. Like, we’re all in it together. We can’t just lessen those expectations. 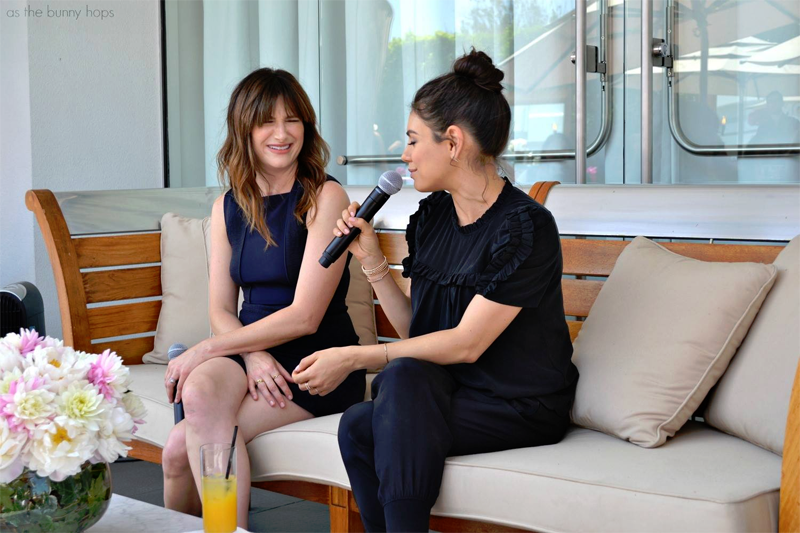 We wanted to know if Kathryn or Mila has had any bad mom moments with their children. Kathryn had the perfect story… “Okay, my son was maybe a half a year old, not even.  I keep making him younger as it goes to kind of make me feel better. I was checking his fingers and toes. It was like he wouldn’t eat. Finally changed his diaper, and one of my hairs had wrapped itself around his nuts like five times. Almost castrated my child.”

Mila had a great bad mom moment too when she was driving to visit her husband at work and realized she had put her daughter in the car seat but forgotten to strap her in. Mila said, “And I was like I did it. I put her in the car. Like, I high five myself. I’m driving down the 101. And I was like oh, my God, I’m doing really good today. And I was like, oh, fuck me. No strap whatsoever. And I think I just turned white.” She said she pulled over and calmly fastened her in the car seat. Everyone makes mistakes and it’s easy to do when us moms have so much on our minds! 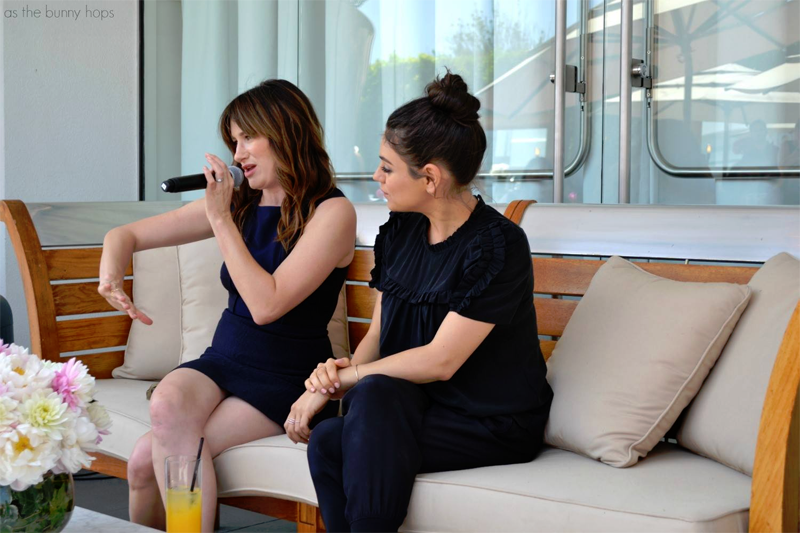 Kathryn said she has definitely met her match with your six year old daughter and she is such a spicy meatball. She said she always gives it right back and always one step ahead.

During the credits you’ll get to see each actress with their real mom. It is very special and sweet. Jon Lucas and Scott Moore would ask their moms questions and Mila said she told her mom she better be nice. Everyone laughed and cried.

Mila said her favorite character was Kathryn’s character Carla, She loved every ounce of Carla that existed, the fringe, the feathers, the leather, the corsets and the bustiers.

There’s something in each one of these six women that I think that we can either recognize, or it’s like you could dream about being.  There’s definitely something about Carla. – Mila Kunis 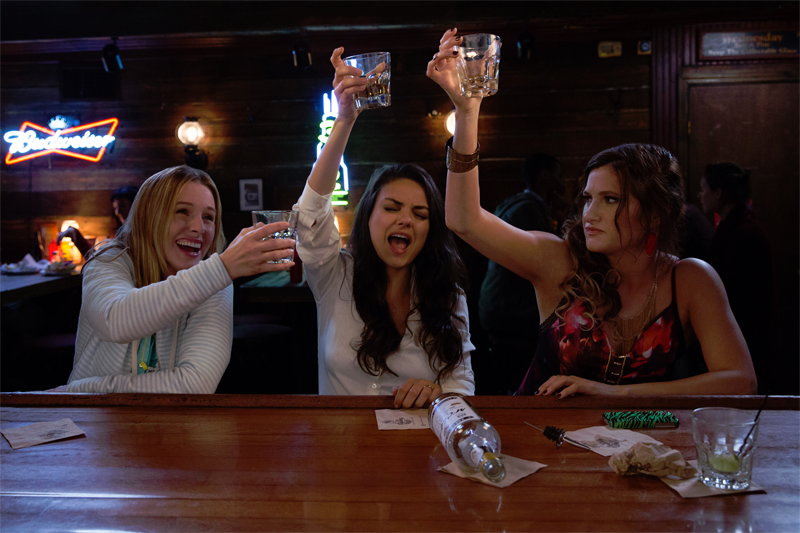 You will laugh until you cry! It is the funniest movie I have seen in ages! Check out the trailer below!

In this new comedy from the grateful husbands and devoted fathers who wrote The Hangover, Amy has a seemingly perfect life – a great marriage, over-achieving kids, beautiful home and a career. However she’s over-worked, over-committed and exhausted to the point that she’s about to snap.

Fed up, she joins forces with two other over-stressed moms on a quest to liberate themselves from conventional responsibilities – going on a wild, un-mom-like binge of long overdue freedom, fun and self-indulgence – putting them on a collision course with PTA Queen Bee Gwendolyn and her clique of devoted perfect moms.