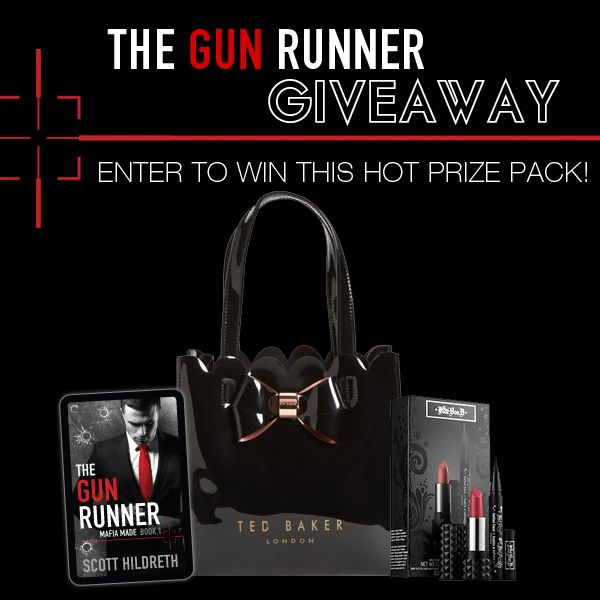 Imperfect Women is excited to be hosting this Gun Runner Hot Prize Pack Giveaway to celebrate the launch of author Scott Hildreth’s latest novel, The Gun Runner (Mafia Made #1). 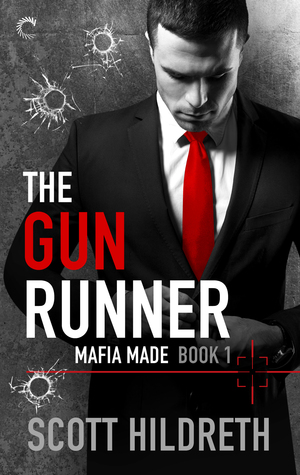 About: The first book in a seductive new series from #1 Amazon bestselling author Scott Hildreth. The forbidden love between an ex-marine gone bad and a Mafia princess can only lead to disaster!

Once, I took down terrorists on the front lines as a marine.
Now I’m in the business of bad.
I’ve sold guns to people others might not approve of.
I’ve eliminated the criminals, the lowlifes and the thugs who’ve tread on my turf.
And I looked the Sicilian Mafia boss in the eye and told him to f*** off.
No one tells me no, unless it’s their last word.
I didn’t just act the part of bad—I lived it. Then she stumbled into my life.
I tried to stay away from her. Tried focusing on moving my merchandise. But one smile from Terra was like a shot to the heart.
She’s mine now. And no one threatens what’s mine.

I’ve seen a lot of terrible things in my life.
I grew up around lies and deception, and I ran away from all of them.
Until I met him.
I knew he was corrupt. I knew he was dangerous.
I should have stayed away, but my attraction to him, my need for him, overrode my logic.
Now I love him.
If he finds out who I am, we’re done and I’ll be nothing.
I never wanted to be the Mafia princess they tried to make me, but mia familia had other plans. And what mia familia wants…it gets.
Only Michael Tripp can save me.

Scott Hildreth is a hybrid author who has published more than two-dozen romance and erotica novels. He has spent his entire life pushing boundaries, and his writing is no exception. Addicted to riding his Harley-Davidson, tattoos, and coffee, he can generally be found in a tattoo shop, on his Harley, or in a local coffee house when not writing. He lives in Kansas with his wife and six children. 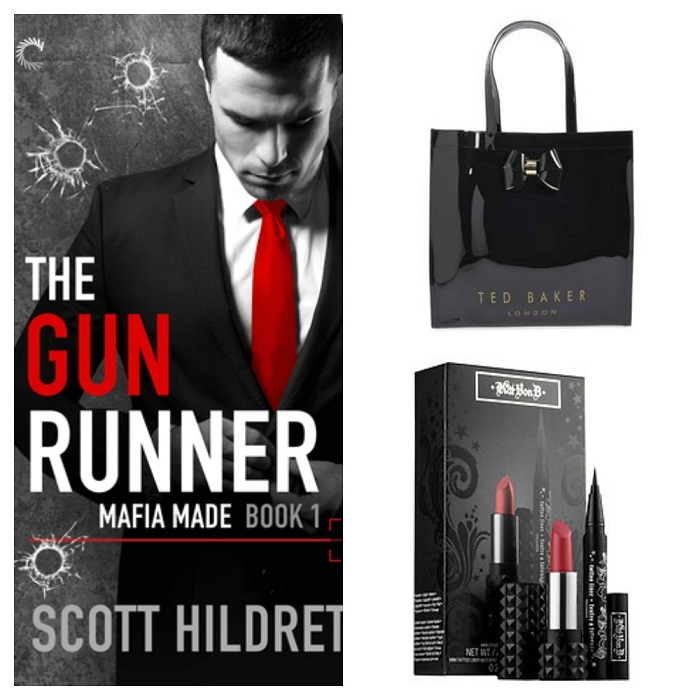 Winner Eligibility: Open to residents in the US and Canada (excluding Quebec).

Must be 18 years and over

Enter in the rafflecopter below. Good luck!

Disclosure: Imperfect Women and the participating bloggers were not compensated for this post. We are not associated with any of the companies named above. No purchase is necessary to enter. The odds of winning are based on the number of entries received. Harlequin is responsible for prize fulfillment and product shipment to winner(s) of this giveaway. This event is in no way administered, sponsored, or endorsed by, or associated with, Facebook and/or Twitter, Google, Pinterest. This disclosure is done in accordance with the Federal Trade Commission 10 CFR, Part 255 Guides Concerning the Use of Endorsements. Entrants must only enter with either one email address, IP address and/or Facebook account, anyone found violating these rules will be disqualified. It is at the sole discretion of the admin of the giveaway if the winner has met the rules or not. Open to US & Canada (excluding Quebec) only and must be 18 or older to enter.