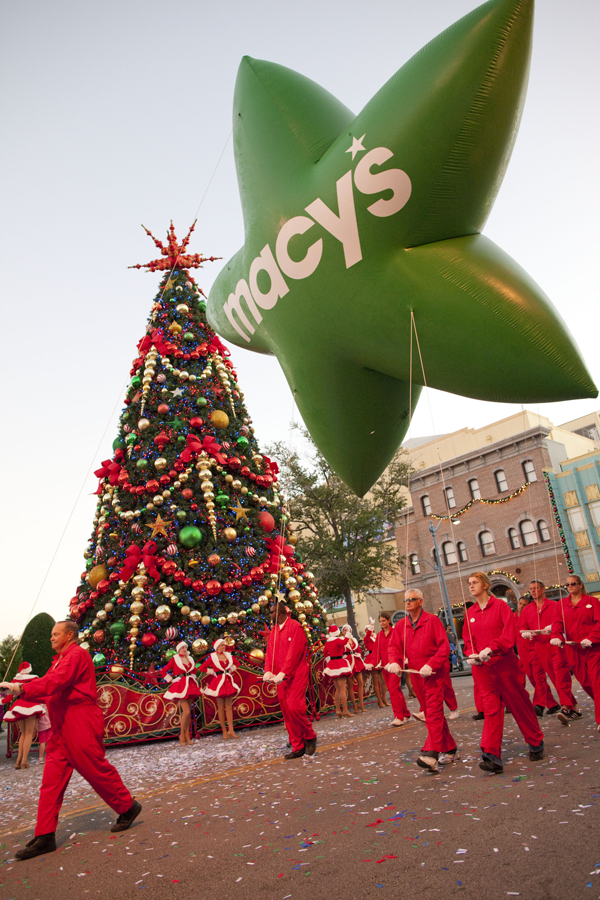 Beginning Dec. 6 and running daily through Jan. 3, the Holidays at Universal Orlando features one-of-a-kind traditions for guests from one to 92 throughout the destination.  At Universal’s Islands of Adventure, families will light up with holiday cheer as Grinchmas comes to life throughout Seuss Landing. Guests can enjoy a live retelling of Dr. Seuss’s classic holiday tale, “Grinchmas Who-liday Spectacular,” featuring the Whos from Who-ville, accompanied by an original musical score by Mannheim Steamroller. Guests can also meet The Grinch and the Whos and on select dates, enjoy a special breakfast with the characters.

At Universal Studios Florida, the Macy’s Holiday Parade will fill the streets every evening with the same larger-than-life balloons seen in Macy’s famous Thanksgiving Day Parade in New York City. This year, you won’t want to miss the Chloe The Clown “Balloonicle,” a new addition to the parade that combines a towering balloon with a self-powered vehicle that roams the streets of Universal Studios. Guests will also enjoy colorful holiday characters, fantasy-filled floats and a tree-lighting ceremony by Santa Claus.

This year, the masters of modern Christmas music—Mannheim Steamroller—will return to the stage to spread Christmas cheer. With more than 40 million albums sold worldwide, the acclaimed musical group will take to the Music Plaza stage in Universal Studios on select nights to perform their memorable holiday hits. Performance nights are Dec. 6, 7, 14, 15, 20 and 21.

During their holiday experience, guests can also enjoy the extraordinary attractions and exhilarating entertainment that can only be found at Universal Orlando’s two theme parks – including The Amazing Adventures of Spider-Man and The Incredible Hulk Coaster at Islands of Adventure and TRANSFORMERS: The Ride – 3D, Despicable Me Minion Mayhem and the all-new, spectacularly-themed environment, The Wizarding World of Harry Potter – Diagon Alley at Universal Studios. This incredibly immersive area features shops, dining experiences and the next generation thrill ride, Harry Potter and the Escape from Gringotts and expands upon The Wizarding of Harry Potter – Hogsmeade, found at Islands of Adventure. Guests with Park-to-Park admission can journey between both lands aboard the Hogwarts Express, the iconic steam locomotive from the Harry Potter books and films.

It’s never too early to plan how you’ll ring in the New Year. At Universal’s CityWalk, guests can experience a dynamic New Year’s Eve celebration which includes non-stop entertainment, unique party zones—each with their own entertainment and signature drinks—along with six different clubs with live music, unlimited gourmet cuisine, and Orlando’s largest dance floor. Information about New Year’s Eve event tickets will be released at a later date.

For a memorable getaway, guests can take advantage of the following holiday offer:

For more information on the Holidays at Universal Orlando, vacation packages and ticket offers, visit www.UniversalOrlando.com/holidays