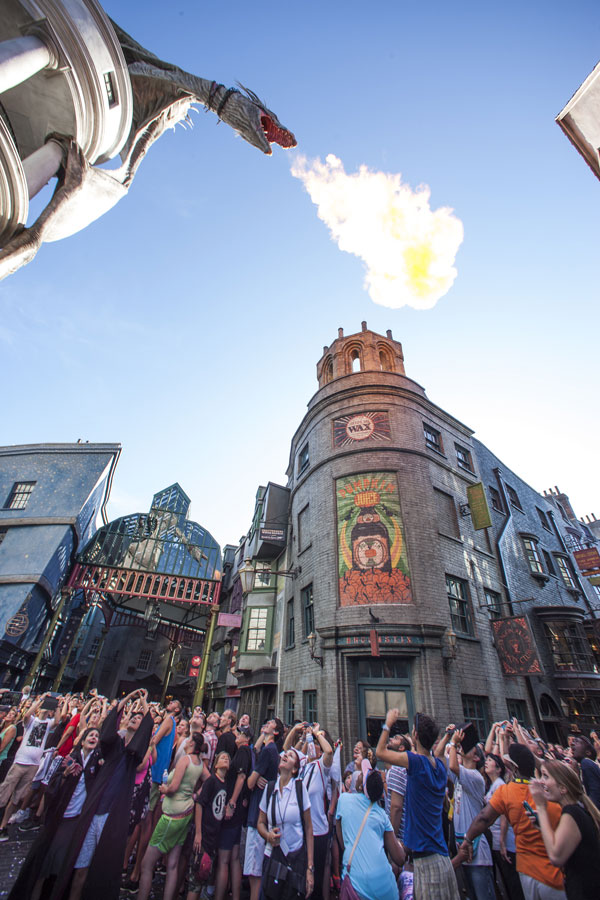 And so, the adventure continues at Universal Orlando Resort with the grand opening of The Wizarding World of Harry Potter – Diagon Alley! When we were at Universal Studios in May they were working on this new addition to the park. I can’t wait to return to experience the most spectacularly-themed, highly-anticipated theme park experience of Diagon Alley! It looks so amazing! 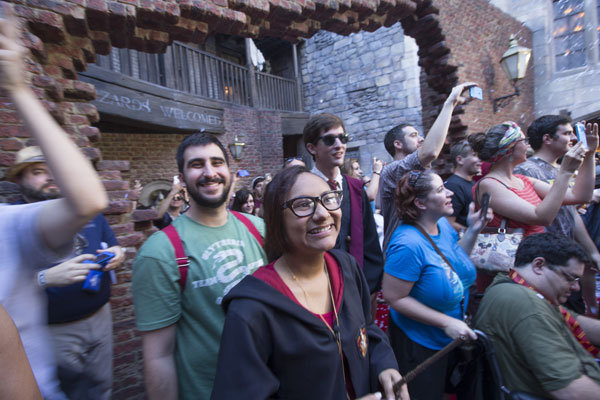 Millions of people have been anxiously awaiting this new addition to the theme park for months. To welcome thousands of guests for the official opening of The Wizarding World of Harry Potter – Diagon Alley at Universal Studios Florida they celebrated with confetti, fireworks and a red carpet. This fully-immersive area expands upon the global phenomenon launched by Universal Orlando when it opened The Wizarding World of Harry Potter – Hogsmeade at Islands of Adventure in 2010. 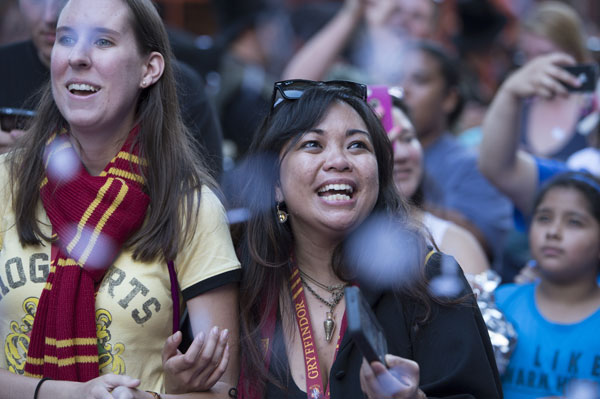 The Wizarding World of Harry Potter – Diagon Alley is filled with incredible entertainment experiences for the whole family.  You arrive aboard the Hogwarts Express, which takes guests on a journey between the two lands of The Wizarding World of Harry Potter, and are transported into a spectacularly themed environment. The new area includes incredible shops with windows full of magical surprises, authentic food and beverages, a towering dragon that breathes fire and Harry Potter and the Escape from Gringotts, a new attraction unlike any other that takes you on a mind-blowing ride through the Gringotts vaults – pulling you into an incredible adventure.

Experience the excitement from fans as they experience The Wizarding World of Harry Potter – Diagon Alley in the video below as it opened at Universal Orlando Resort.

More details about The Wizarding World of Harry Potter – Diagon Alley and available vacation packages can be found at www.UniversalOrlando.com/wizardingworld. 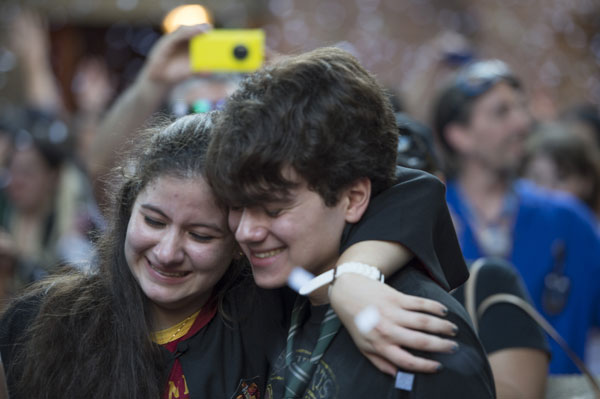 About the Harry Potter Series

Harry Potter continues to be a global phenomenon. Each of the seven books by author J.K. Rowling has broken sales records, with the series to date having sold over 450 million copies worldwide and translated into 77 languages.  The Harry Potter films, produced by Warner Bros. Pictures, have grossed more than $7.7 billion to date worldwide at the box office, making Harry Potter the largest-grossing film franchise in history.

Warner Bros. Entertainment is a global leader in all forms of entertainment and their related businesses across all current and emerging media and platforms.  A Time Warner Company, the fully integrated, broad-based studio is home to one of the most successful collections of brands in the world and stands at the forefront of every aspect of the entertainment industry from feature film, television and home entertainment production and worldwide distribution to DVD, digital distribution, animation, comic books, video games, product and brand licensing, international cinemas and broadcasting.   HARRY POTTER, characters, names and related indicia are trademarks of and © Warner Bros. Entertainment Inc. Harry Potter Publishing Rights © JKR. (s14)