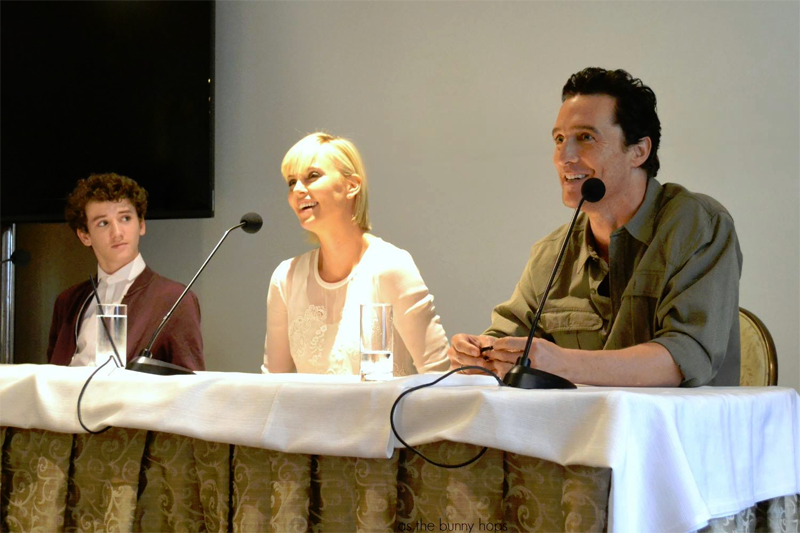 During a recent press junket for Kubo and the Two Strings we met up with Matthew McConaughey who portrays Beetle, Charlize Theron, portraying Monkey, Art Parkinson, voicing Kubo, and Director, Travis Knight.

Matthew McConaughey (voice of Beetle) said LAIKA is very good about taking difficult subject matters and creating children’s movies. They don’t really pander down to the age group. They deal with adult themes in a way that’s digestible for kids. There’s always a good moral to the story, that’s learned in the middle of the adventure. 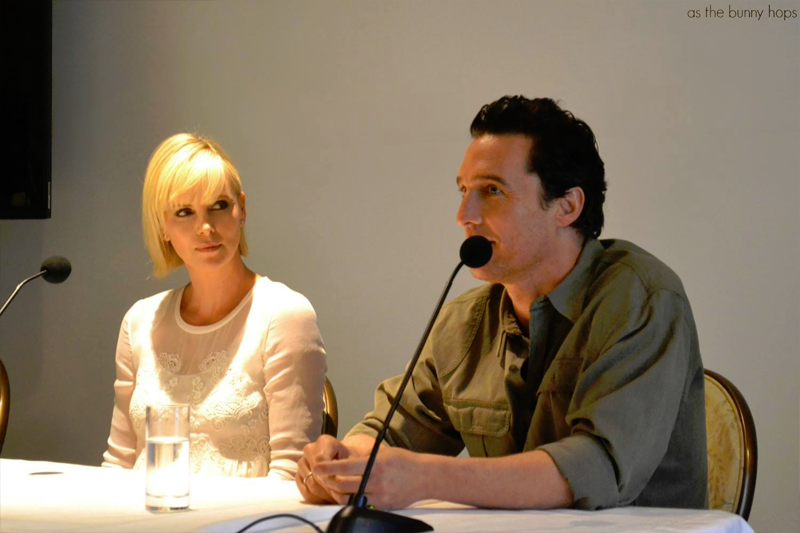 Charlize Theron (voice of Monkey) said she loves directness. She was raised with a lot of directness. In storytelling we sometimes forget that with children, and there was something about this that was just so clear. Charlize said to be honest and truthful to your children is the most important thing you can do as a parent. Monkey is very similar to that with her nurturing but also very dry and sensible.

Art Parkinson (voice of Kubo) said he loves how the film is so family-oriented and related because some of the problems that the family faces in the film is very relatable to every family. He was very close to his mother which is just like Kubo and his mother.

Beetle is the first animated voice for Matthew McConaughey. He said his three children had never seen any of his films. He hadn’t made any films in about 10 years that they could see. He even read the script of Kubo and the Two Strings to his children over the course of a few nights at bedtime. Once he got to take his children to see the film he said they loved it and his wife thoroughly loved it.

Beetle is a protector, he’s a hero in his own mind and maybe so in reality as well. Matthew said he’s also Captain Fun which is like the Friday nights at their house. I bet that’s a lot of fun! You have to fight for your own happy ending just like Beetle.

Matthew said when he took his two eldest children (7 and 5) and his wife they had laughter and tears. His kids had some tough questions after the film which they got to talk about and equate that to things in their life.

Director, Travis Knight, was very consistent and encouraging to the cast. Charlize said it was really the sky’s the limit with him and a very fun process. Art said Travis always let them bring the characters to life themselves.

LAIKA was started about 10 years ago to make movies that matter, to tell stories that were rich and evocative, that were thematically challenging and had something meaningful to say about what it means to be human. – Travis Knight, Director

Travis said when he was a kid he loved big, epic fantasies and that’s what drew him to Kubo. He grew up in Portland, Oregon but went to Japan for the first time when he was 8 years old which was unlike anything else he’d ever experienced. It was a real revelation for him.

The two biggest film influences for the film were Akira Kurosawa and Hayao Miyazaki. For Kurosawa it was the way he made films which was incredible composition, cutting, staging and lighting, and his work with shapes. But it was not just the way he made films, it was what he made films about, which was he would always explore something really meaningful, things like existentialism and humanism. He would explore different aspects of what it means to be human, and the human society, the human family that we live in.

For Hayao Miyazaki, he has about a half a dozen films that were either inspired by or set in Europe. He internalizes and synthesizes and then weaves into his own art different cultural influences in the same kind of prison that Miyazaki applied to Europe was what Knight wanted to apply to Japan, that same vitality and that love for this incredible culture.

Charlize said the whole story was incredibly moving for her. Finding a way to tell story through great character but also through a real sense of world can be very hard to talk about character without talking about world. Charlize was very impressed with celebration of both of those things so beautifully and seamlessly done.

Each character said they had different mentors in their life just like Kubo had two very special mentors helping him on his journey. Art said he had a very special mentor, his mother who was always very supportive to him. His mother was much like Monkey while his father was more like Beetle because he was a little more fun and less strict.

Matthew said the late Penny Lawton, who recently passed away about 6 months ago, was the best mentor he had in his life. She’s the lady who taught him what his rights could be as an actor.

Charlize said her life has been consistently blessed with people who have been great teachers to her. Her mom was a consistent in her life but she had a lot of great mentors in her life that have changed and molded her character in tremendous ways.

Everyone needs to learn more about the process of stop motion animation. It takes such precision, time and hard work. Charlize said it was very refreshing to learn something new logistically. During the end credit roll you get to see a glimpse of how the movie is made. It is an incredibly powerful moment.

Kubo and the Two Strings quest begins in theaters nationwide August 19, 2016! Check out the trailer below. An adventure unlike any other…

LAIKA and Focus Features are excited to give you a one-of-a-kind interactive map of the mysterious worlds of Kubo and the Two Strings!

From your desktop, visit kubomap.com to explore Kubo’s realm and dive into each location of his epic quest through an interactive map experience.

Kubo’s quest stretches far and wide through the mystical realm of the Vastlands. With his protectors Monkey and Beetle by his side, Kubo unlocks more of his powers at every challenge, racing toward an epic clash with the dark side of his magical family.

Using an innovative mix of Instagram grids, story-based video loops, and an annotated and interactive map of Kubo’s journey helped to amplify the film’s larger-than-life themes of magic, mythology, and heroism, this mind-boggling map will give users an emotional investment into Kubo’s quest before walking into the theater.

We hope you’ll take the time to share this exciting experience with your readers!

Set Tour for Kubo and the Two Strings at Laika Studios