I’ve been a huge Paul Rudd fan for years, loving him in Anchorman: The Legend of Ron Burgundy, Forgetting Sarah Marshall, This Is 40, The 40-Year-Old Virgin, and the list goes on… I would have never guessed he would play Ant-Man! What an interesting and unique role I am looking forward to seeing him play. Other BIG reasons I love Paul Rudd is that he’s a huge Kansas City Royals fan like me AND he’s from the Kansas City area (I’m in Missouri). Pretty neat! I loved seeing him at the Royals games supporting our great time this year!

I was also very pleased to read that a new casting for Ant-Man is John Slattery. He’s definitely my older man celebrity crush. I absolutely love him and of course it’s because I am such a huge Mad Men fan and absolutely adore him from that series.

Sometimes I feel like the minority going to see a Marvel film only because I’ve never read one comic in my life. I have no idea of any aspects of how the film will or may end. I love being able to get this unique view on the films.

Imagine a soldier the size of an insect…

Ant-Man stands up to Yellowjacket in a new TV spot shown below for Marvel’s Ant-Man.

Here’s a brand new spot from Ant-Man. The first look at Paul Rudd in Marvel’s Ant-Man is now available in the teaser trailer below. Check out the official trailer for Ant-Man starring Paul Rudd, Evangeline Lilly and Michael Douglas below: Ant-Man opens in theaters next summer on July 17th, 2015!

Check out the new posters for Ant-Man below: 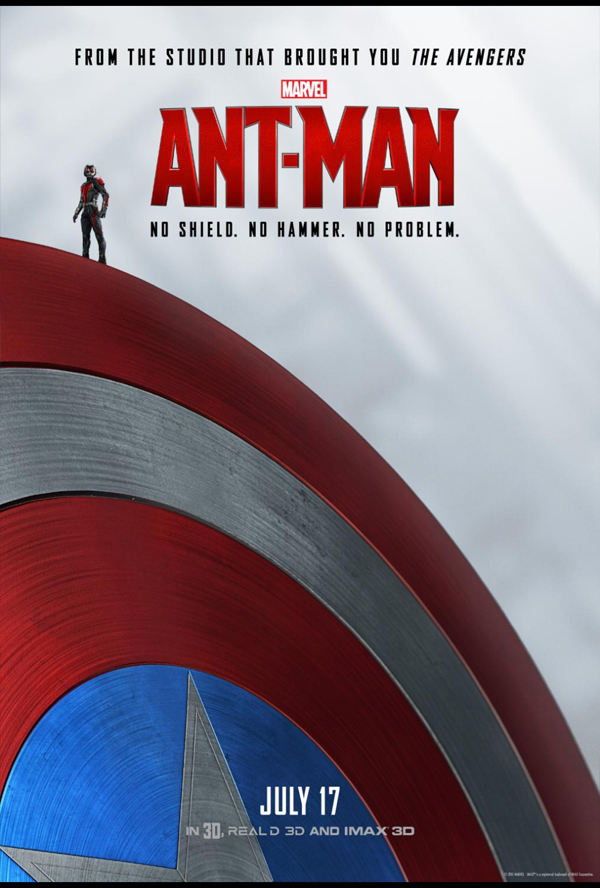 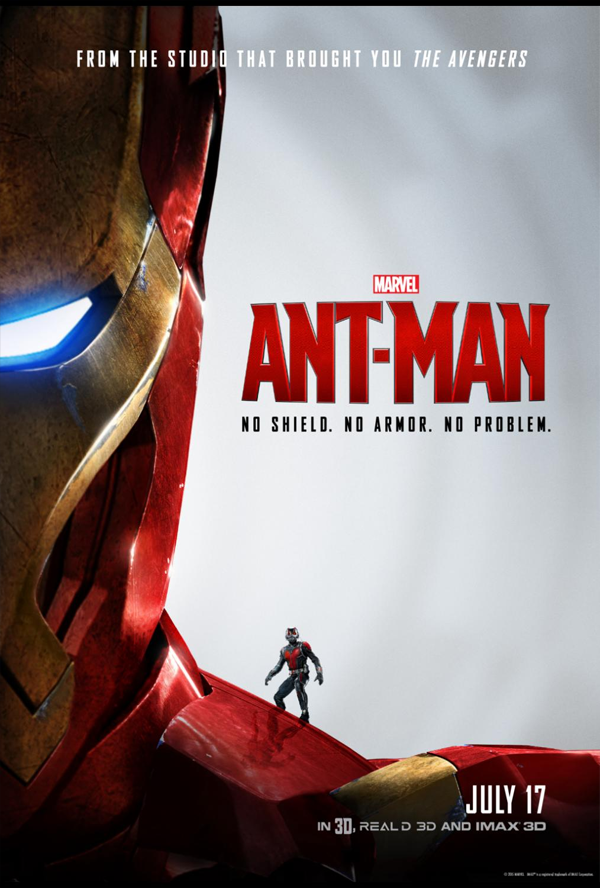 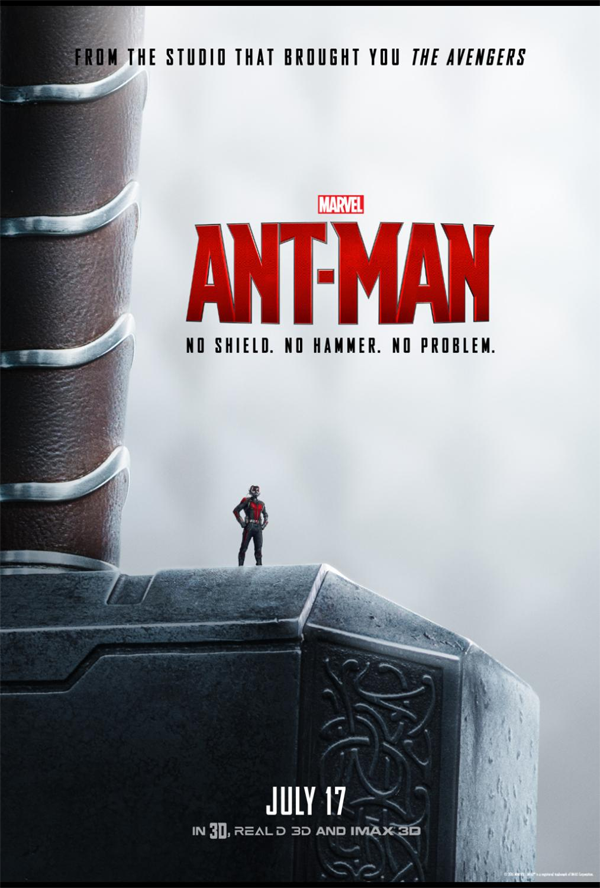 SAN FRANCISCO, CALIFORNIA (August, 18, 2014) – Marvel Studios began principal photography today in San Francisco, California, on its newest Super Hero franchise Marvel’s “Ant-Man.” The film brings one of Marvel comics’ original founding members of The Avengers into the Marvel Cinematic Universe. The production also shoots on location in Atlanta, Georgia, which serves as the base for the film’s production.

Set for release in the United States on July 17, 2015, the film is directed by Peyton Reed (“Bring it On,” “The Break-Up”) and stars Paul Rudd (“I Love You Man,” “Role Models”) as Scott Lang aka Ant-Man, and Michael Douglas (“Behind The Candelabra,” “Wall Street”) as his mentor Dr. Hank Pym and Evangeline Lilly (“The Hobbit: The Desolation of Smaug,” “Lost”) as Hope Van Dyne, daughter of Hank Pym.

Armed with the astonishing ability to shrink in scale but increase in strength, con-man Scott Lang (Paul Rudd) must embrace his inner-hero and help his mentor, Dr. Hank Pym (Michael Douglas), protect the secret behind his spectacular Ant-Man suit from a new generation of towering threats. Against seemingly insurmountable obstacles, Pym and Lang must plan and pull off a heist that will save the world.

Marvel Studios continued its unprecedented success in 2014 with more record-breaking films including the #1 releases of Marvel’s “Captain America: The Winter Soldier,” which recorded the largest April opening of all time at $95 million and Marvel’s “Guardians of the Galaxy,” which recorded the largest August opening of all time with $94.1 million. Both films were the #1 film in the world when they were released on April 4, 2014 and August 1, 2014, respectively.

In 2012 the studio produced the critically acclaimed “Marvel’s The Avengers,” which set the all-time, domestic 3-day weekend box office record at $207.4 million. The film, which shattered both domestic and international box office records, is Disney’s highest-grossing global and domestic release of all time and marked the studio’s fifth film to gross more than $1 billion worldwide.

In the summer of 2008, Marvel produced the summer blockbuster movies Marvel’s “Iron Man” and Marvel’s “The Incredible Hulk.” Marvel’s “Iron Man,” in which Robert Downey Jr. originally donned the Super Hero’s powerful armor and starred alongside co-stars Terrence Howard, Jeff Bridges, Shaun Toub and Gwyneth Paltrow, was released May 2, 2008, and was an immediate box office success.

Garnering the number one position for two weeks in a row, the film brought in over $100 million in its opening weekend.  On June 13, 2008, Marvel released Marvel’s “The Incredible Hulk,” marking its second number one opener of that summer.

Marvel Entertainment, LLC, a wholly owned subsidiary of The Walt Disney Company, is one of the world’s most prominent character-based entertainment companies, built on a proven library of more than 8,000 characters featured in a variety of media over seventy years.  Marvel utilizes its character franchises in entertainment, licensing and publishing. For more information visit marvel.com. ©MARVEL