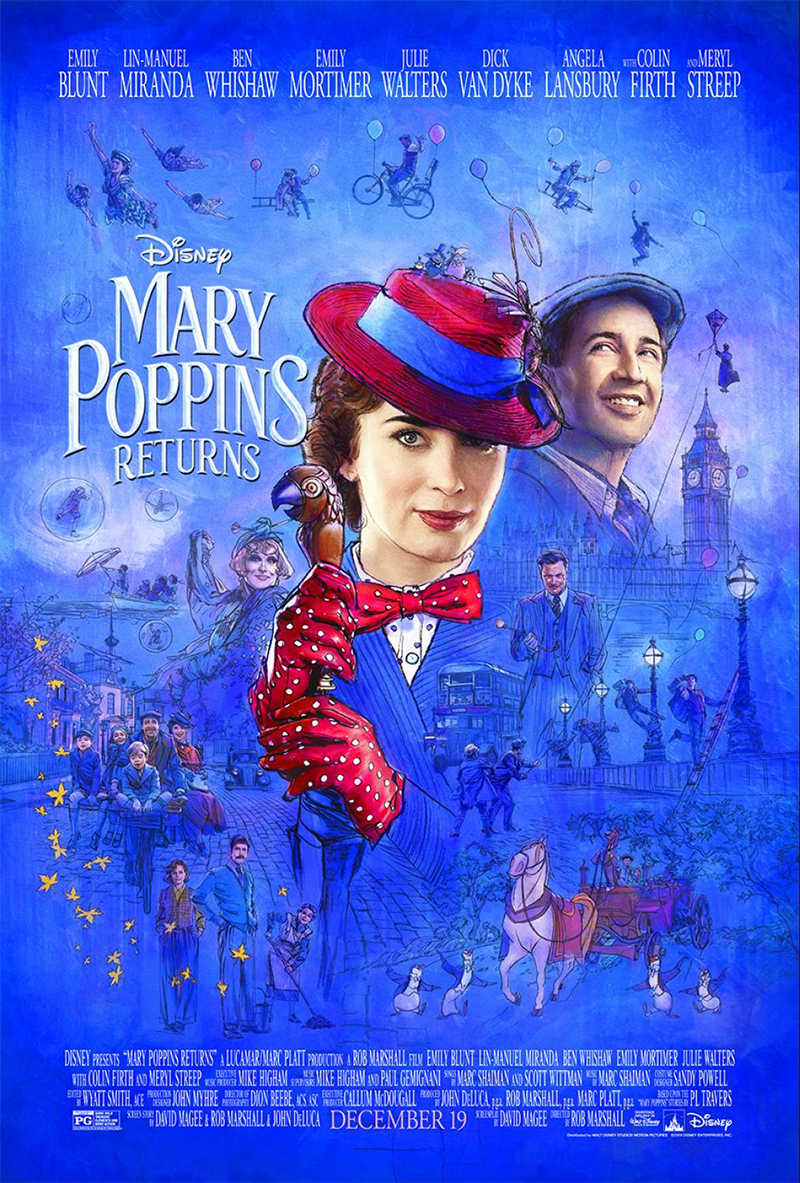 I can remember the day I had the opportunity to interview Golden Globe® winner Emily Blunt for the unforgettable Into the Woods Event. I instantly fell in love with her charm that day. I am very excited to share the first glimpse of Emily Blunt as Mary Poppins in Mary Poppins Returns, the all new sequel to Disney’s 1964 film Mary Poppins. 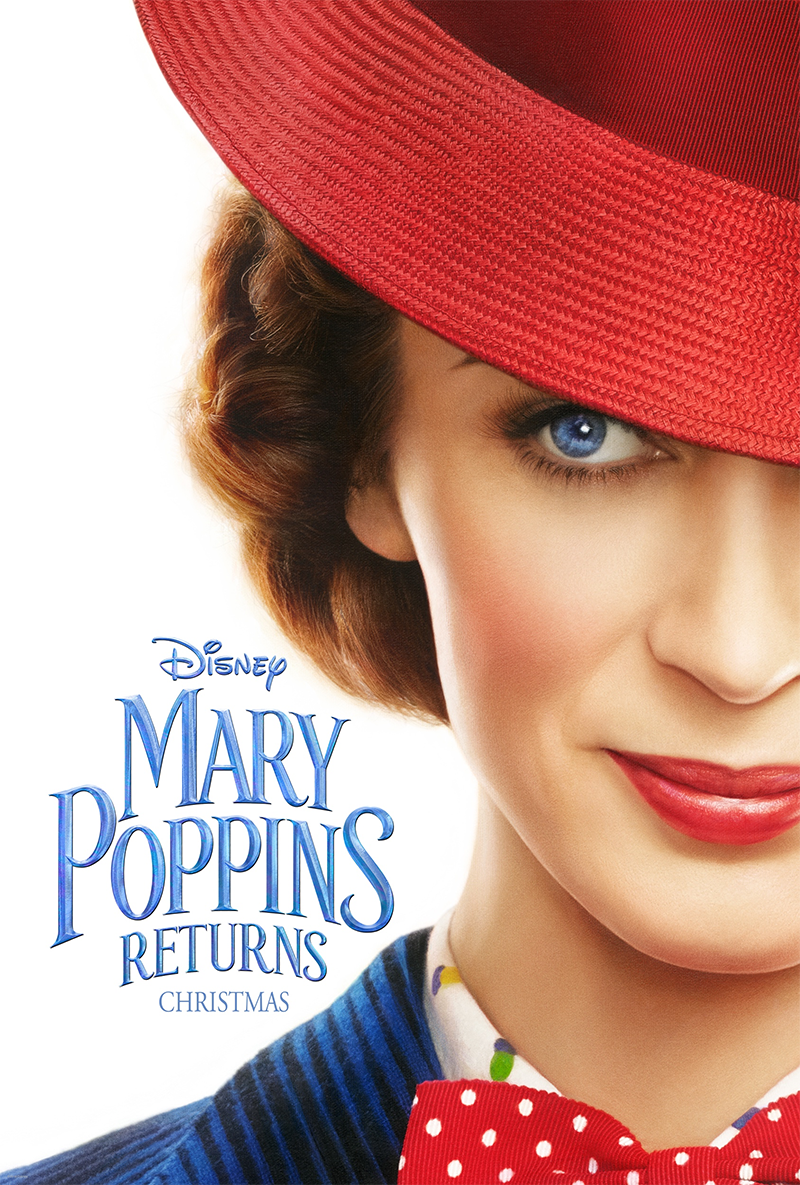 I am a huge fan of Mary Poppins and to see Emily Blunt starring in the new sequel makes it even that much more special for me. Directed and produced by Rob Marshall, Mary Poppins Returns also stars Lin-Manuel Miranda (Moana – composer), Ben Whishaw (Skyfall), Emily Mortimer (Shutter Island) and Julie Walters (Harry Potter series) with Colin Firth (The King’s Speech) and Meryl Streep (Julie & Julia, The Devil Wears Prada, Into the Woods). 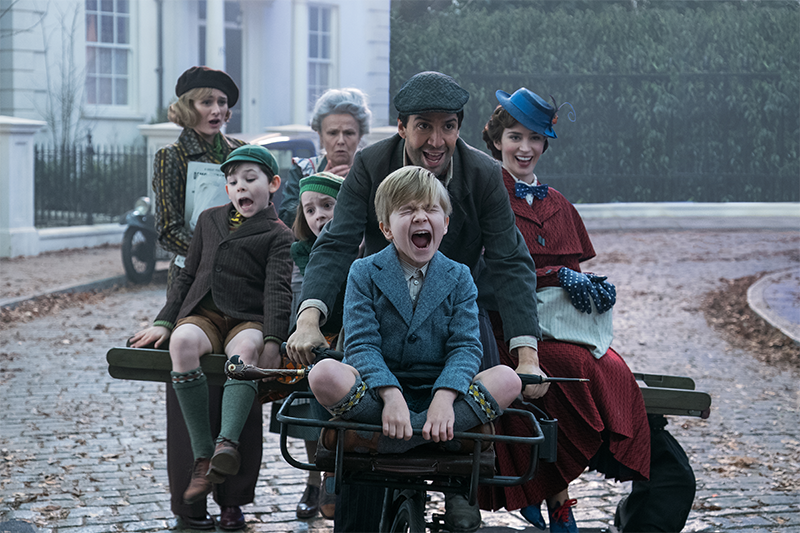 There are no words for me to explain how much I love Meryl Streep. I had the opportunity to interview her for Into the Woods. She’s right up there with interviewing Ellen DeGeneres… checking off my bucket list! Such amazing, strong, talented women! 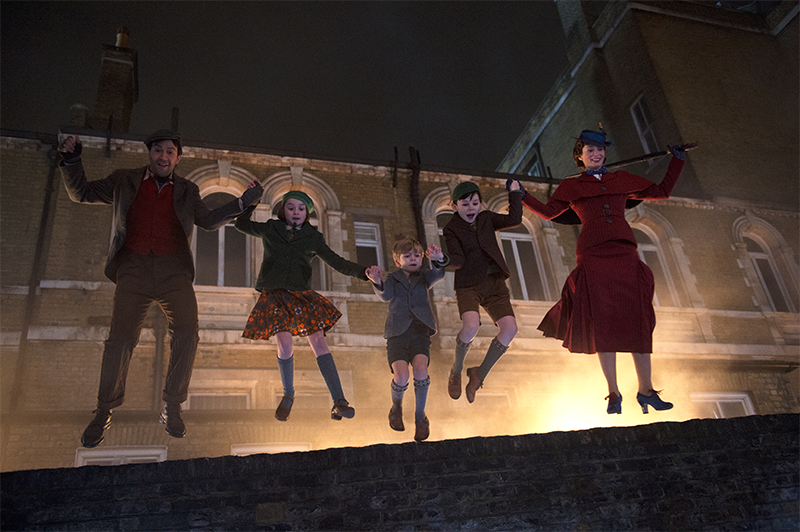 Check out the teaser trailer for Mary Poppins Returns below!

And the brand new trailer below!

In Disney’s Mary Poppins Returns, an all-new original musical and sequel, Mary Poppins is back to help the next generation of the Banks family find the joy and wonder missing in their lives following a personal loss. Emily Blunt stars as the practically-perfect nanny with unique magical skills who can turn any ordinary task into an unforgettable, fantastic adventure and Lin-Manuel Miranda plays her friend Jack, an optimistic street lamplighter who helps bring light—and life—to the streets of London. 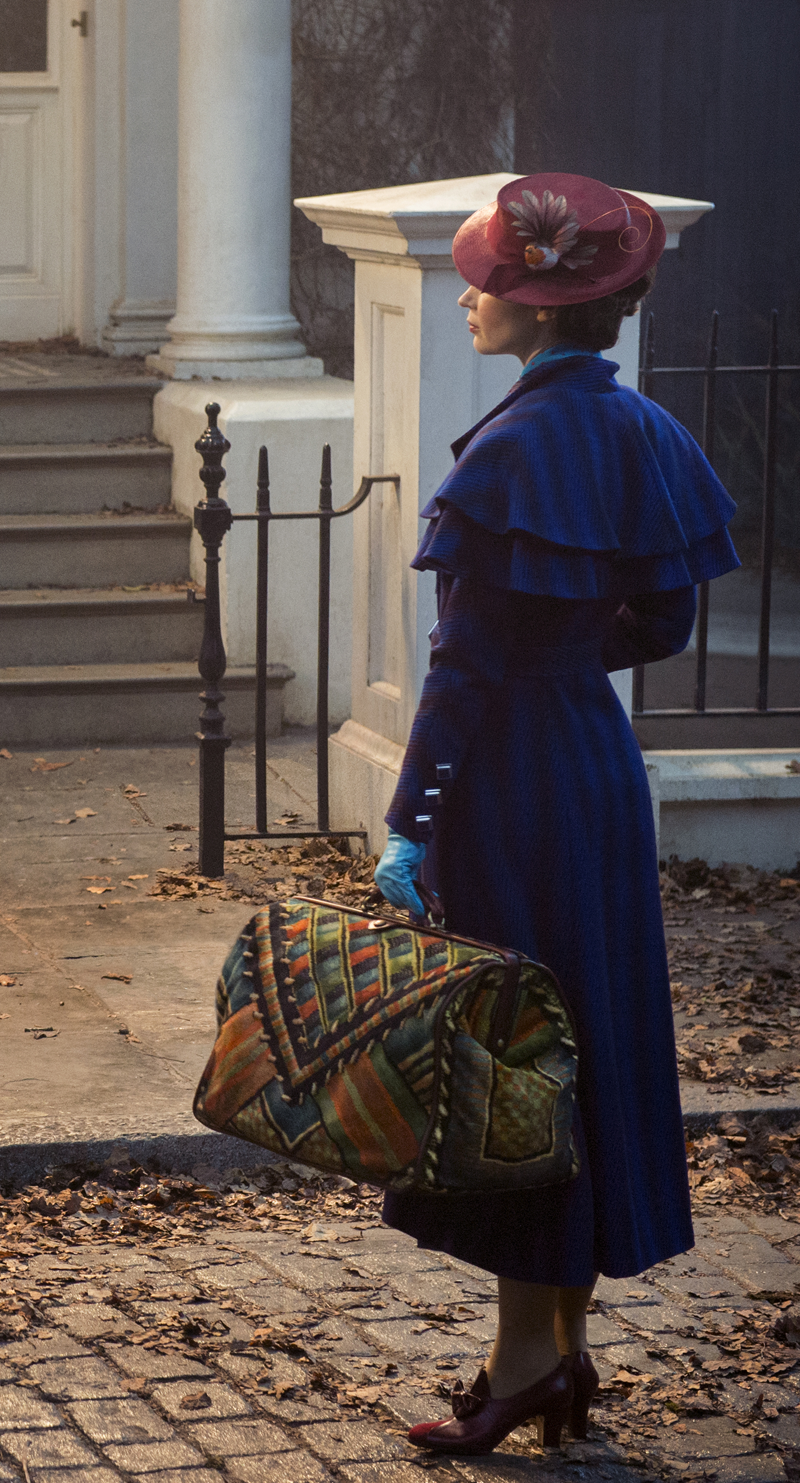 Mary Poppins Returns is directed by Rob Marshall. The screenplay is by David Magee and the screen story is by Magee & Rob Marshall & John DeLuca based upon the Mary Poppins Stories by PL Travers. The producers are John DeLuca, p.g.a., Rob Marshall, p.g.a. and Marc Platt, p.g.a. with Callum McDougall serving as executive producer. The music score is by Marc Shaiman and the film features all new original songs with music by Shaiman and lyrics by Scott Wittman and Shaiman. The film also stars Ben Whishaw as Michael Banks; Emily Mortimer as Jane Banks; Julie Walters as the Banks’ housekeeper Ellen; Pixie Davies, Nathanael Saleh and introducing Joel Dawson as the Banks’ children, with Colin Firth as Fidelity Fiduciary Bank’s William Weatherall Wilkins; and Meryl Streep as Mary’s eccentric cousin, Topsy. Angela Lansbury appears as the Balloon Lady, a treasured character from the PL Travers books and Dick Van Dyke is Mr. Dawes, Jr., the retired chairman of the bank now run by Firth’s character.