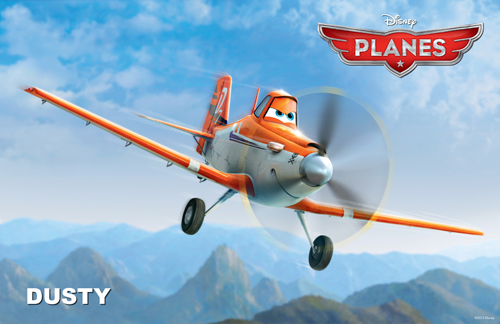 If Disney’s latest film takes off like the Cars series then we are in! “Disney’s Planes” is an action-packed 3D animated comedy adventure featuring Dusty, a plane with dreams of competing as a high-flying air racer. Do you think Dusty will meet the expectations Lightning McQueen has laid out for him? Inspired by “Disney’s Cars”, “Disney’s Planes” has officially revealed the full voice cast for the film which opens in 3D everywhere this summer, August 9th, 2013!

Check out the “Disney’s Planes” Teaser Trailer below. I sure know one thing, it definitely offers up some awesome music! I love some Rob Zombie.

Adding some high-flying flair from a classic feature film are Anthony Edwards and Val Kilmer.