While I was in LA for my recent Disney press trip, I had the opportunity to head over to the set of Disney XD’s new live-action comedy, Bizaardvark. Honestly, I had no idea what to expect, no expectations at all. After I was able to preview the first episode, I couldn’t believe how amazing the show is going to be and how it relates to our children and their online activities!

The comedy follows Paige and Frankie, a pair of fun, quirky best friends with their own online video channel called Bizaardvark. They enjoy writing funny songs and creating music comedy videos to share online. The girls are ecstatic when they reach 10,000 subscribers which gets them an invitation to produce videos at the influential Vuuugle Studios. It’s a dream come true for them!

Vuuugle is a young, hip environment where you’ll meet fellow Vuuugle stars Dirk (of “Dare Me Bro!”) and Amelia (of “Perfect Perfection with Amelia”). Of course, no Vuuugle star can make it without the help of the girls’ friend and aspiring agent, Bernie. 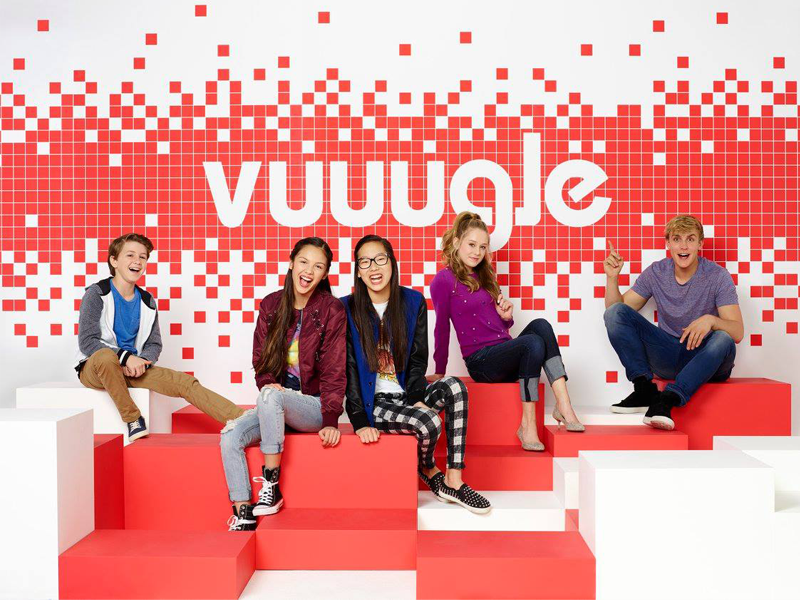 You’ll follow along with the girls’ comedic adventures as they take on the video blogging world. Seventh graders, Paige and Frankie, are best of friends but couldn’t be more different. Both girls love to sing and play instruments. Frankie is witty and silly while Paige is more levelheaded and easily excitable.

The girls have been producing their music comedy videos for three years which gives them a creative outlet for their own weirdness. They came up with the name of their channel while flipping through the dictionary (A: aardvark. B: bizarre… Bizaardvark!). The creative think tank, Vuuugle, is somewhere the girls feel like they can finally belong.

We also had the opportunity to visit the set and interview the fun cast. I’ll be sharing my cast and Executive Producer interviews very soon! For now, check out the amazing set! These kids were beyond amazing.

So smart and talented!

We even got to watch a rehearsal!

The multi-camera series was created by Kyle Stegina and Josh Lehrman who were participants in Disney Channel’s inaugural Storytellers program, which fosters creative ideas and develops the next generation of series creators and writers of programming for kids, tweens and families. Executive-produced by Eric Friedman (“Austin & Ally,” “Crash & Bernstein”), and co-executive produced by Michael Curtis, Roger Schulman, Kyle Stegina and Josh Lehrman, “Bizaardvark” is a production of It’s a Laugh Productions, Inc. and carries a TV-G parental guideline.

I highly recommend you tuning in to Bizaardvark. You and your kids will love it! A great comedy for tweens!

Will you be tuning in to Bizaardvark on Disney XD June 24th? Comment below and share with us!