I am headed back to LA for another awesome Disney press event in November! Follow along with me and 24 other bloggers as we get to walk the red carpet and go behind-the-scenes for Disney, ABC and the Disney Channel. If you’ve followed along with me for a while then you know I’ve gotten to experience this amazing experience in the past for Pixar Inside Out, Into the Woods and The Muppets.

During my visit I will get to walk the red carpet at The Good Dinosaur premiere and also interview cast & filmmakers from the movie. The Good Dinosaur opens in theaters on November 25th! I am so excited when we can take our son to this movie when it hits theaters. It looks like a great one for sure! Check out the trailer below:

I will also attend a live taping of the 21st season of “Dancing with the Stars” where I will get to watch the semi-finalist contestants perform live in the glamorous ballroom! DWTS airs on Monday nights 8/7c. They have a really awesome cast this year. I would say one of my favorites would be Paula Deen. I would love to meet her!

I will once again visit the Walt Disney Studios Lot for special preview screenings of episodes of hit ABC comedies “black-ish” (Wednesday nights at 9:30/8:30c) 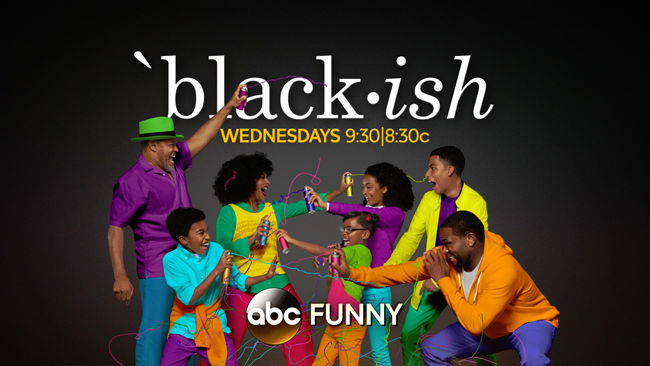 I will have a meet & greet with the multi-talented Tracee Ellis Ross, who portrays Johnson family mom & anesthesiologist Rainbow “Bow” Johnson on “black-ish”. I will also get the chance to see the set of the beautiful Johnson home in person! Both shows are hilarious! If you haven’t watched either of them I highly suggest it!

Check out the trailer for black-ish below:

And The Muppets “They’re Just Like You” promo below:

Remember when I was able to meet Kermit & Miss Piggy? This time I get to stop by the set of Miss Piggy’s late-night talk show, “Up Late with Miss Piggy”. Of course, Kermit the Frog executive produces! I will be treated to an exclusive preview screening of an upcoming episode on the “Up Late” set. I’ll get to take a selfie where famous guests like Elizabeth Banks and Christina Applegate were interviewed by Miss Piggy! After the screening, I will participate in a Q&A with “The Muppets” Executive Producer Bill Barretta, who also performs Pepe the King Prawn, Rowlf the Dog, The Swedish Chef, Dr. Teeth and Bobo the Bear! We absolutely love to watch The Muppets new show on ABC as a family. Our son gets such a kick out of them!

I absolutely love Imagine Dragons so I thought this would be the perfect video to share with you. Check out Imagine Dragons & The Electric Mayhem ‘Roots’ Live on Up Late With Miss Piggy below:

I will also attend a screening of The Lion Guard: Return of The Roar, which continues the epic storytelling of The Lion King and introduces Kion, the second-born cub of Simba and Nala, as he assumes his role as leader of the Lion Guard, a group of animals tasked with protecting the Pride Lands.

I am such a big fan of The Lion King! It’s such a classic. The screening will be followed by a Q&A panel with Executive Producer Ford Riley, Composer Christopher Willis, Singer/Songwriter Beau Black and Swahili Consultant Sarah Mirza. The Lion Guard: Return of the Roar, a television movie event, premieres Sunday, November 22 at 7P on Disney Channel!

Check out the teaser trailer below:

Be sure you’re following us on our social media accounts listed below so you don’t miss our live updates while we’re taking part in this amazing adventure!

Update – check out the posts below to learn more about our press event:

Learn more about The Good Dinosaur:

8 Reasons to Take Your Family to The Good Dinosaur

Interview with the Director & Producer of The Good Dinosaur

Meet the Young Men Behind the Voices of The Good Dinosaur

HOT Disney Gifts to Give this Holiday Season – including The Good Dinosaur products and Star Wars Disney Infinity 3.0

A Heartwarming Story of Father and Son – Sanjay’s Super Team

Be sure to grab more The Good Dinosaur free printables for the kids to enjoy!

Learn more about The Muppets on ABC:

Learn more about Dancing with the Stars on ABC: