Here are the Disney Movie Release Dates 2014. Walt Disney Studios Motion Pictures will be having another amazing year at the movies. Let us know which ones you are most excited about! A little disappoint for me… where’s Frozen 2? lol Other than that there are so many that I am so excited about!

What The Wind Rises Trailer Below:

Framed for a crime he didn’t commit, muscle car mechanic and street racer Tobey (Aaron Paul) gets out of prison determined to settle the score with the man responsible for his false conviction.

Check out the Need for Speed trailer below:

Disney’s “Muppets Most Wanted” takes the entire Muppets gang on a global tour, selling out grand theaters in some of Europe’s most exciting destinations, including Berlin, Madrid and London. But mayhem follows the Muppets overseas, as they find themselves unwittingly entangled in an international crime caper headed by Constantine—the World’s Number One Criminal and a dead ringer for Kermit—and his dastardly sidekick Dominic, aka Number Two, portrayed by Ricky Gervais. The film stars Tina Fey as Nadya, a feisty prison guard, and Ty Burrell as Interpol agent Jean Pierre Napoleon.

Watch the Muppets Most Wanted trailer below:

The Fighting Avenger returns to action in Marvel’s “Captain America: The Winter Soldier” April 4, and now you can get your first look at Cap, Winter Soldier, Falcon, Black Widow and more from the film with the new trailer! 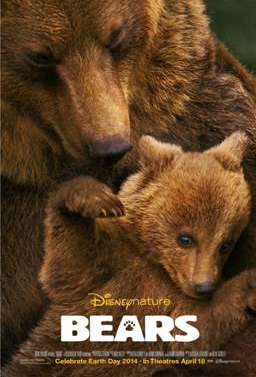 Disneynature’s Bears opens in theatres in time for Earth Day on April 18, 2014!

The program See “Bears,” Protect Our National Parks invites moviegoers to see the film during opening week (April 18-24, 2014) and Disneynature, via the Disney Worldwide Conservation Fund, will make a contribution to the National Park Foundation to protect wildlife and wild places across America’s National Park system.

Check out the Bears trailer below: 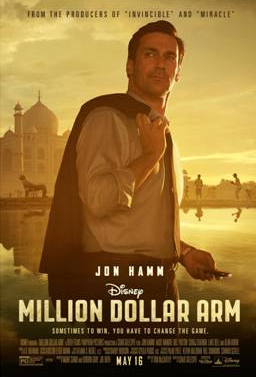 In a last ditch effort to save his career as a sports agent, JB Bernstein (Jon Hamm) concocts a scheme to find baseball’s next great pitching ace. Hoping to find a young cricket pitcher he can turninto a Major League Baseball star, JB travels to India to produce a realityshow competition called “Million Dollar Arm.” With the help of a cantankerous but eagle-eyed retired baseball scout (Alan Arkin) he discovers Dinesh (played by Madhur Mittal from “Slumdog Millionaire”) and Rinku (played by Suraj Sharma from “Life of Pi”), two 18 year old boys who have no idea about playing baseball, yet have a knack for throwing a fastball. Hoping to sign them to major league contracts and make a quick buck, JB brings the boys home toAmerica to train. While the Americans are definitely out of their element in India — the boys, who have never left their rural villages — are equally challenged when they come to the States. As the boys learn the finer points of baseball — JB, with the help of his charming friend Brenda (Lake Bell) — learns valuable life lessons about teamwork, commitment and what it means to be a family.

Watch the trailer below:

Maleficent, the untold story of Disney’s most iconic villain from the 1959 classic “Sleeping Beauty,” reveals the events that hardened Maleficent’s heart and drove her to curse the baby, Aurora. Maleficent starring Angelina Jolie.

Check out the trailer below: 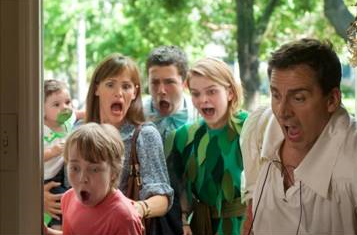 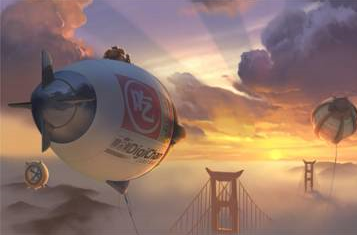