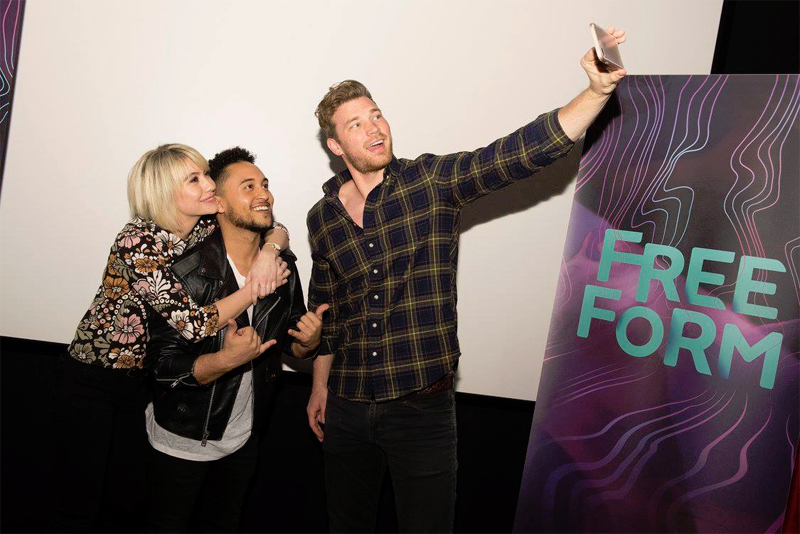 A few years ago while on another Disney press trip I was able to go on a Baby Daddy behind the scenes set visit and interview the cast of Baby Daddy. It was exciting to reunite with the cast to see how far their show has come and how the characters on the show have changed. 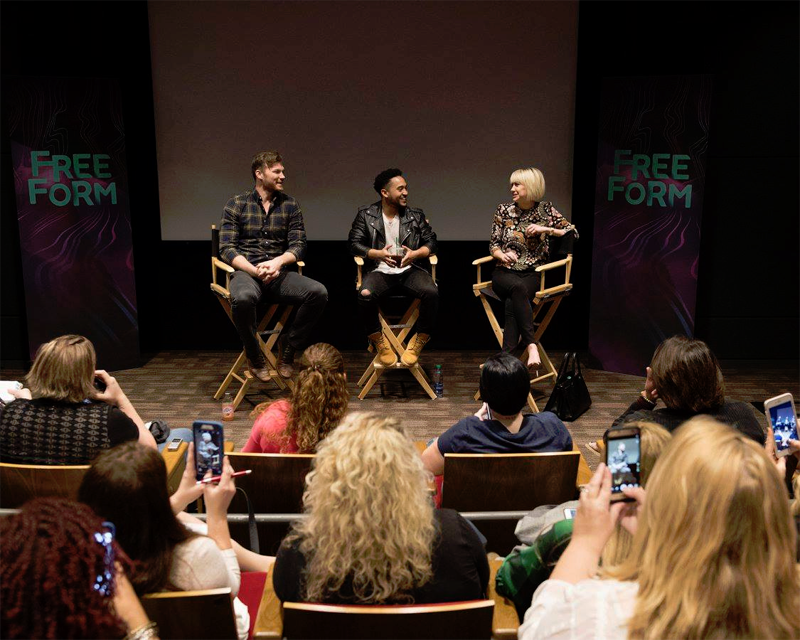 Along with the other bloggers we screened the upcoming season 6 premiere of Baby Daddy and Q+A session with Chelsea Kane, Derek Theler and Tahj Mowry. We then enjoyed a baby shower lunch and game of charades with the cast. It was so much fun!

Season 5 of Baby Daddy ended with us finding out Riley and Danny are expecting! That means season 6 will be all about the pregnancy and a new little addition to the Baby Daddy family. However, according to the cast we’ll also dive a little bit deeper into all the characters. For Tucker, specifically, we find out a little bit more about him and how he’s in a different space mentally than he normally is. He’s not his upbeat self.

Danny is trying to handle his pregnant girlfriend, which is challenge enough for most people especially Danny. Ben is still searching for his love that he happened to cross at the end of season 5. Will Ben find the love of his life in season 6? I’m anxious to find out!

Of course, who doesn’t love scene-stealers Bonnie and Brad? Riley is now defending Brad since he went to jail. Riley is also trying to hide her pregnancy at work because she is worried that once her boss finds out that she is pregnant she’ll look like one giant case of paternity leave. That’s a hot button issue in itself! All of this makes for a very emotional Riley for most of the season.

Ben’s baby, Emma, is actually played by twins. Emma has actually been played by a few different sets of twins but the babies now have been with them for three seasons. Emma will get a lot of lines in season 6 which will be fun for us viewers. The cast is very close to the kids playing Emma.

Baby Daddy has been lucky to pretty much have the same set of writers for all six season and the writers really good friends with the cast. The writers will learn about a personal story from one of the cast members and then it will show up in the show a few weeks later! The writers are very generous with letting the cast improvise. 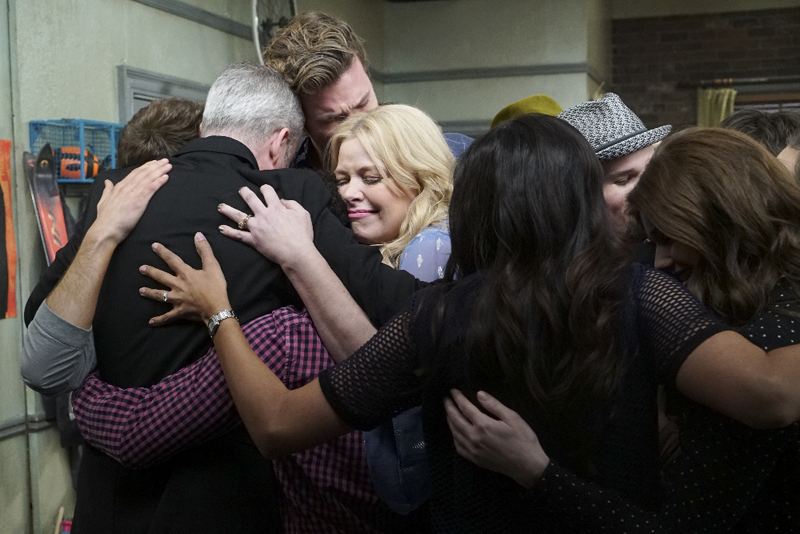 Of course, the cast said Melissa Peterman is the queen of improv which I can definitely believe! On Friday nights when they are shooting in front of a live audience they let Melissa loose which is very fun for everyone!

The scene when Riley gives birth is very emotional for everyone. She said it was so scary because they actually had a thirteen-day old baby she held in her arms. Will there be a wedding in Danny and Riley’s future? I’m sure we all hope there is a wedding coming soon.

Bonnie and Riley have such an interesting relationship and as Riley’s mother-in-law, Bonnie can be quite hard on her. We’ll get to see a great breakthrough for the two and that Bonnie is only hard on her because she really loves her.

Chelsea said once the prosthetic belly she wore was for someone having twins. Derek joked a lot that she was having a giant baby which is especially funny because he is 6’5″ tall. All of the bellies she wore were weighted and the last one she wore was around fifteen pounds. She said everyone could actually hear her grunting when she changed.

Derek said there was one scene when he had to pick Chelsea up to run out of the bar and he almost fell over. During rehearsals Derek said Chelsea’s so light that he can just through her over his shoulder so he wasn’t expecting it when they had to shoot the scene. 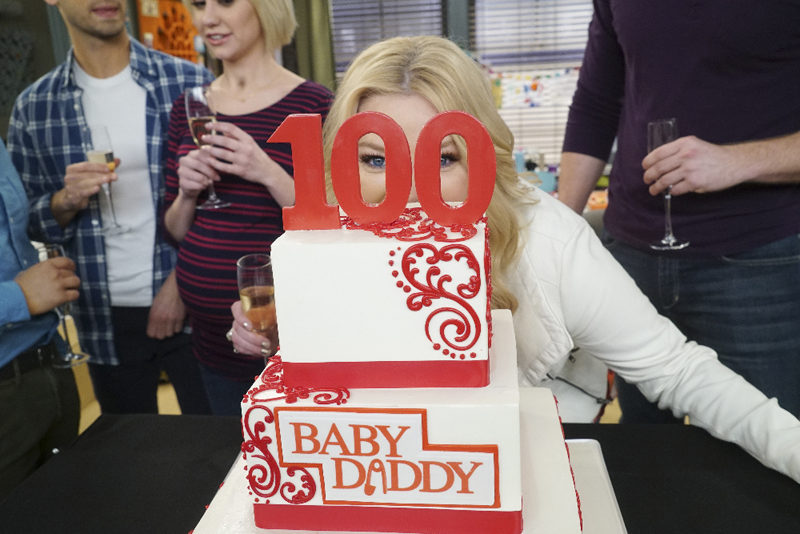 In season 6 Baby Daddy will air it’s 100th episode which is an outstanding achievement in itself. They also won the People’s Choice Award for favorite cable TV comedy. It was such a special night for the cast especially since they are all like family. The cast said everyone loves coming to work and that’s something very special. 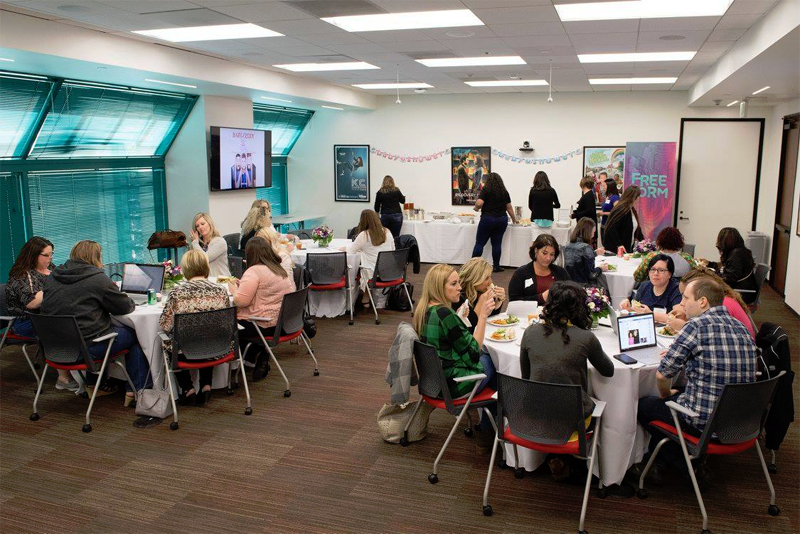 After the interview we enjoyed a Baby Shower lunch complete with pink and blue cupcakes. Chelsea, Derek and Tahj even sat down with us to eat. After the lunch we enjoy a fun game of charades with them. In the video below you’ll see Derek Theler, Chelsea Kane and Tahj Mowry doing baby charades! So much fun!

It was hilarious and one of those moments I will forever cherish. 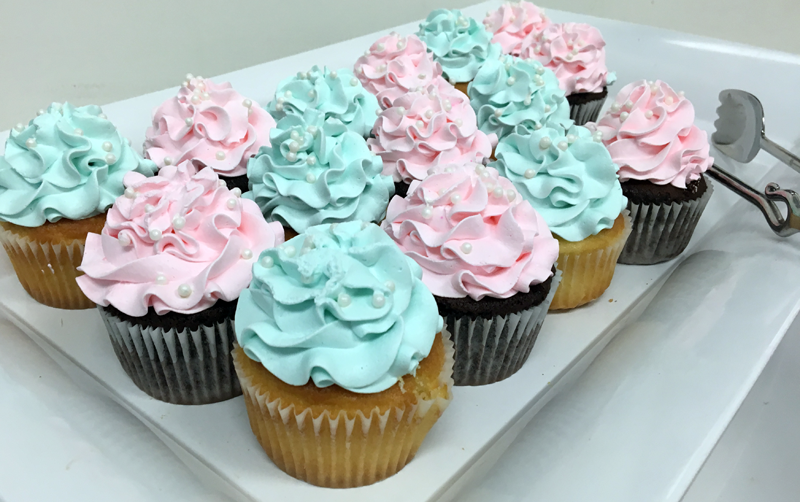 Check out all the great photos from our fun baby shower lunch with the cast and a game of baby charades!

Check out the Season 6 promo of Baby Daddy below: 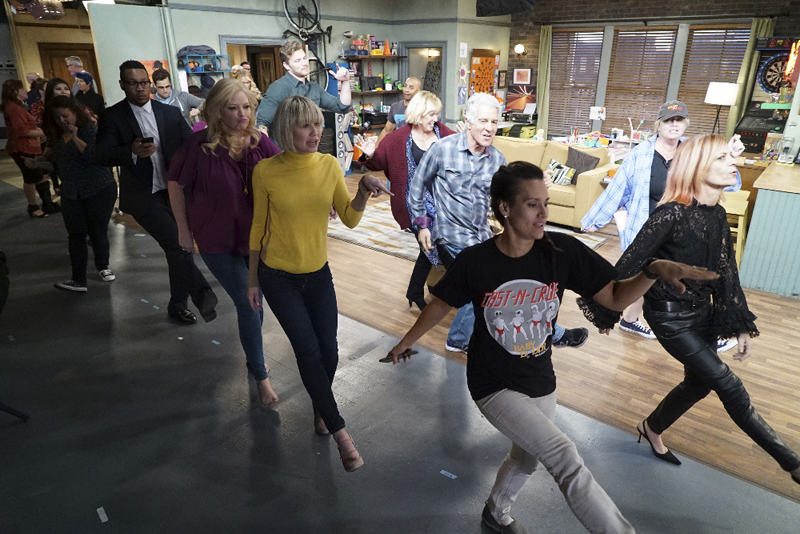 About Season 6 Premiere: The newly pregnant couple Danny and Riley search for the perfect doctor for their baby while Ben continues his quest to find his mysterious dream girl on the spring premiere episode of season six of Baby Daddy, airing Monday, March 13th (8:30-9:00 p.m. EDT) on Freeform. 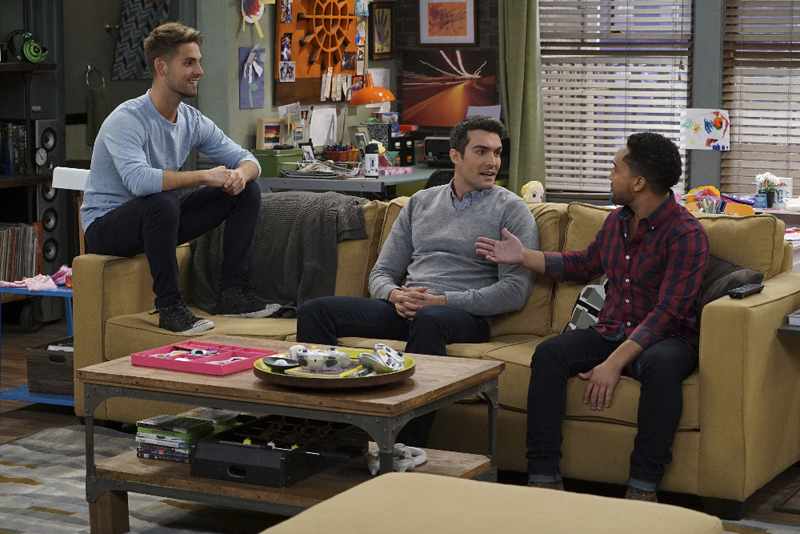 In the episode “To Elle and Back,” three months have passed since the finale, and Ben is still enthusiastically searching for the mysterious Elle. Danny and Riley are hunting for a good doctor to help with the pregnancy, and Bonnie desperately wants to be involved. Tucker is back from Los Angeles, but he refuses to tell anyone what happened when he was there. 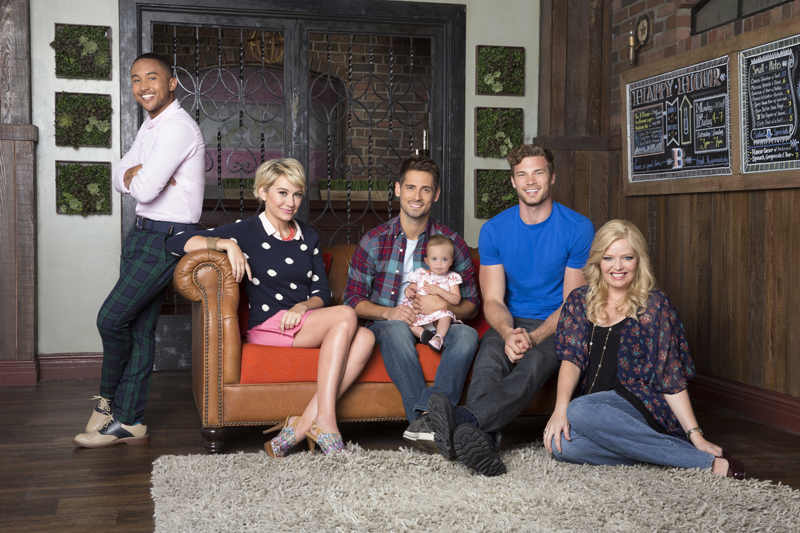 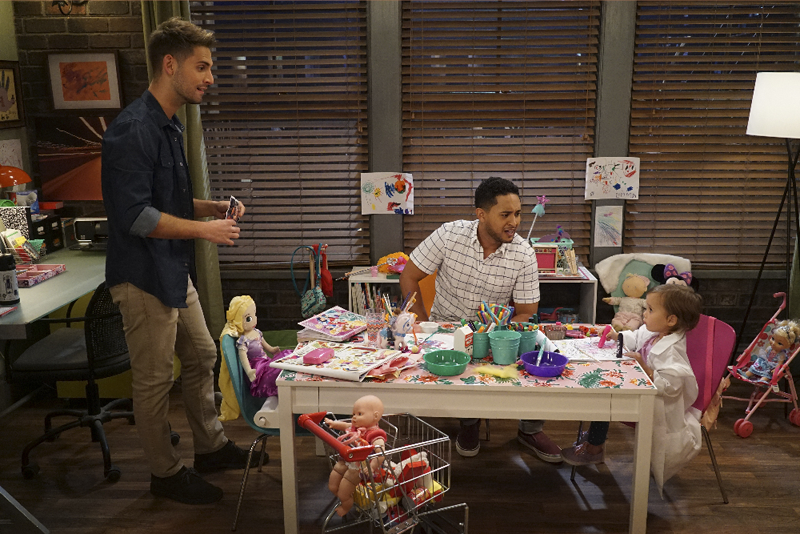