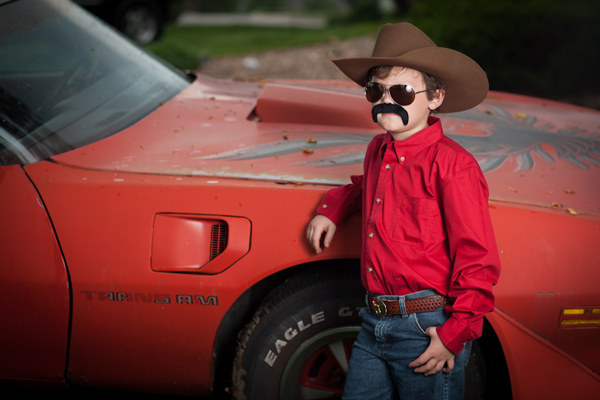 Detroit automakers have been producing muscle cars since the 1950’s. My favorite muscle car, the Chevy Chevelle. I can remember when I was thirteen and seen the movie Dazed and Confused when Matthew McConaughey character, Wooderson, pulled up in that sweet black and white Chevelle SS… I wanted one so bad! Of course, when I turned 16 my Dad wasn’t thinking the same thing. I’ve always loved muscle cars, new and old, with their souped up engines, sporty look and two door coupe design. Of course, high fuel prices eventually took its toll on these cars and limited sales where eventually less were produced. Today, muscle car mania is back, despite even higher gas prices. Thanks to the Ford Mustang and to a lesser extent to sedan and wagon models from Dodge, like at Deery Brothers Dodge of IA, there is new interest in a category long given up. The future is bright for the muscle car segment as Chevrolet has brought back one of its darlings of yesteryear, the Camaro, and Dodge has brought back the Challenger.

Besides the Ford Mustang there were a whole host of vehicles produced that at one time or another might have been considered a muscle car. Beside the Mustang, many other models were produced including the Ford Fairlane 500, Ford Torino and Mercury Montego. Chevrolet produced the Camaro and Corvette. The gone but not forgotten, Pontiac with their GTO, Firebird, and Tempest; Olds with the 442. Plymouth had the ‘Cuda, and don’t forget Dodge producing the Challenger and Charger. Many of these cars have not survived the changing times like the Mustang and Corvette. Although the Dodge Charger and Challenger have returned along with the hot Dodge Magnum wagon.

Ford completely redone the Mustang for the 2005 model year which started another muscle car craze. With it’s retro look and contemporary technology, the Mustang was styled after the popular 1960’s model. The sales have been outstanding  without Ford giving any incentives.

Do you think it’s silly they have brought back such gas hogs? I think not! These are fun cars and if you can afford them, why not? Back in the day, these cars averaged only 10-12 miles to the gallon around town and 15 or 16 miles per gallon on the highway. With the changing times, gas mileage and fuel efficiency has significantly changed. Even the Corvette returns a highly respectable 28 miles to the gallon the highway. Obviously you aren’t going to get the fuel mileage of a Prius but they are getting 80% better fuel mileage than these cars from the 1970’s.

Since we do fortunately live a free country, okay fairly free country, if we want a muscle car they are going to produce them. So, V8 powered muscle cars mated to 6 speed manu-matic transmissions are most likely here to stay. Their sport handling, bucket seats, and better fuel economy will likely appeal to many. They aren’t exactly like yesterday’s muscle cars but they are sure are fun and they can provide a little nostalgia for motorists.