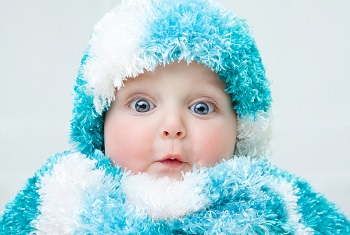 Fertility is an important issue in Medical science since there is often both a time limit and other sorts of restrictions to consider when dealing with fertility. When a couple wants to have children, they need to make sure they have their bodies in the best health possible so as to facilitate the maximum benefit to any children that they might have.

It may seem like a constantly repeating refrain at this point, but having a healthy weight is even more important when it comes to fertility. This can affect both men and women, but its especially important for women. This is because if you have a weight that’s outside what’s considered healthy by being either underweight or overweight, it can make the time that it takes for women to conceive take longer. This is because, for example, those who are underweight will have bodies that might be unwilling or unable to put the body resources to creating new life.

High sperm count is a key to fertility when it comes to couples. There are a lot of different things that can decrease sperm count, and these should be avoided. For example, sperm often die when subjected to high temperatures. This is one of the reason why a man’s testicles are outside of the body in the first place. This means that staying away from high temperatures such as in hot baths, saunas, showers or the like, is a good way to promote fertility. In cases where men’s low sperm count is interfering with their ability to start a family, there are alternative methods that can be considered – such as IVF, home insemination, and IUI (intrauterine insemination).

3-Quit Smoking at All Costs

Smoking cigarettes is toxic to just about all parts of health, but fertility is one area where it’s especially harmful. Smoking can damage DNA, for one thing. This means that for men, it can seriously damage sperm production. For women it can cause damage to fertility in general, but also specifically in the sense that it can lead to a lot more birth defects. The chances that any child born from a smooker will have cancer themselves go up significantly. If you’re going to have children, quitting smoking is one of the most positive health related activities you can do period.

On a related note, if you stop drinking alcohol this is another high priority for those considering fertility and children. Mothers who drink regularly will also tend to have a higher chance of giving their children problems such as Fetal Alcohol syndrome. Bringing the drinking habit under control is essential for anyone who cares about the long term viability of their future children.

Some “conventional” wisdom says that you should “save up” and only commence lovemaking at the right time. But not only is this unnecessary, it could also have a negative impact on fertility. Studies have shown that couples that have sex frequently, about every other day, will have the best chance of having children in the long run.

These may seem like simple or obvious tips, but they are often critical to maximizing fertility, and the fact is that many couples don’t do them, and have trouble as a result.

This is a guest post by Lindsey Mcmahon. Her interests are entertainment, television, parenting and health but she is constantly extending her field of view to incorporate interesting news suggested to her by her readers. She currently represents California Cryobank.