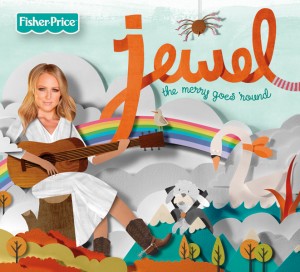 Very Special Twitter Party with Jewel to launch The Merry Goes ‘Round in stores August 16th!

11 copies of The Merry Goes ‘Round album (because Kase, Jewel’s son, was born on July 11th!)  The suggested retail price of each album is $9.99.

This giveaway is open to U.S. residents only.  To enter to win you must use the #FPSWEEPS0816 tag.  Winners will be chosen at random from participants.