Should You Buy A Lexus RX? Find Out In Here!

When Lexus first started making hybrid SUVs, the motoring world was somewhat critical. That was because the Japanese automaker didn’t seem to have any decent diesel motors to use with them. Many folks didn’t take Lexus seriously at first. But it seems the joke is on them now, because they are a company that is quite committed to the cause.

One such example of parent company Toyota’s hybrid technology in use is the Lexus RX SUV. Although the original RX 400h set the bar, it was only the newer RX 450h that got people to stand up and pay attention.

If you are thinking of buying an eco-friendly SUV, should you be considering the Lexus RX? In today’s blog post, I give you a rundown of what to expect from this vehicle.

Are hybrids a good idea?

Back in 2005, automakers pondered if they ought to start building hybrid cars and hybrid versions of existing models. There were (and still are) many pros and cons to the debate. While most of them were still scratching their heads, Lexus decided to take a gamble and start producing hybrids.

Fast-forward to today. Hybrid technology is part of the brand appeal to consumers interested in the Lexus marque. These days, other automakers like Volkswagen and Porsche have joined the party.

The Lexus RX model appeals to motorists that don’t want to drive a diesel car. It also appeals to those that wish to enjoy the latest in automotive technology.

As you may have gathered, the Lexus RX 450h, which is the most recent model, is the one to have. It exceeds the features and specifications of its older brother the RX 400h. There is also an SE-I version of the RX 450h suited to those that live in colder parts of the world.

Hybrid technology is the best of two worlds: performance and gas mileage. In any hybrid car, the electric motor gets used for short, local journeys. There are no emissions from the car at this point. The gas engine takes over when you drive longer, or if the electric motor batteries need charging.

Some motorists prefer hybrids over diesels for the apparent fuel economy and emissions benefits. And you also don’t end up with a car that can sometimes be loud under heavy acceleration. 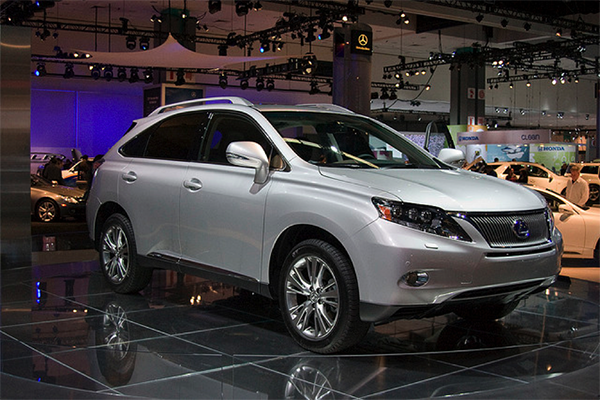 The latest model, the RX 450h, incorporates some styling cues from the older RX 400h. For example, the “safe” styling is still present in the latest model but some subtle changes got made. The integrated headlights are a prime example of these changes.

It has an excellent turning circle, which means you don’t have to worry about turning around in tight spaces. The cargo capacity of the trunk is good enough to take an array of suitcases, a couple of large dogs or even a stack of boxes.

Some SUVs on the market have small trunks. In those SUVs, it can be difficult to go on a summer road trip vacation with your family due to the lack of space.

When you load stuff up in the trunk of the RX, you can use some handy levers to fold the rear seats down. In some other SUVs, you don’t get that luxury and so you have to climb over the back seats to pull them down!

One impressive feature of the RX’s rear seats is that you can slide them forwards or backwards, just like you can with the front seats. It seems Lexus have thought of (almost) everything!

Moving towards the front of the RX, there is plenty of technology to keep you, and your passengers occupied.

For example, take the eight-inch touchscreen infotainment system. It can operate various aspects such as music, satellite navigation and climate control. As with other cars in its class, it can also help you park – thanks to the park assist system.

When the RX first came out, I went and had a sneak peak of it at my local Inchcape Lexus. There was one model on display that featured an HUD (head-up display). HUDs project all kinds of useful information on the windshield. The best part is that it did this on the bottom of the windshield. That meant it didn’t obstruct your view of the road.

With the Lexus RX 450h, you get a 3.5-liter V6 gas engine. As you know, it’s a hybrid powertrain. In total, you have access to 299 brake horsepower from the engine and the two electric motors.

The Lexus RX can reach 60 mph from a standing start in just 7.7 seconds. That’s not bad for a car that weighs 2,700 kg! Those of you that want a “green” SUV will be happy to know that the Lexus RX has combined CO2 figure of 145 g/km.

It has a 65-liter gas tank. The car’s gas mileage is an impressive 44.8 mpg combined. That figure rises to 47.1 mpg for extra urban driving. With those specs, it can easily put many diesel SUVs to shame!

Is the Lexus RX the right car for me?

If you are in the market for an SUV, or a car that’s a similar size to an SUV, you should definitely consider the Lexus RX for your shortlist.

The car has all of the features you would expect from a modern vehicle. It’s big enough to cope with large or growing families. It offers excellent gas mileage and low CO2 emissions. And it’s an affordable SUV too.

Lest we forget that Lexus cars build on the high build quality from their parent brand, Toyota! The Lexus RX is a worthy car that will suit most people. 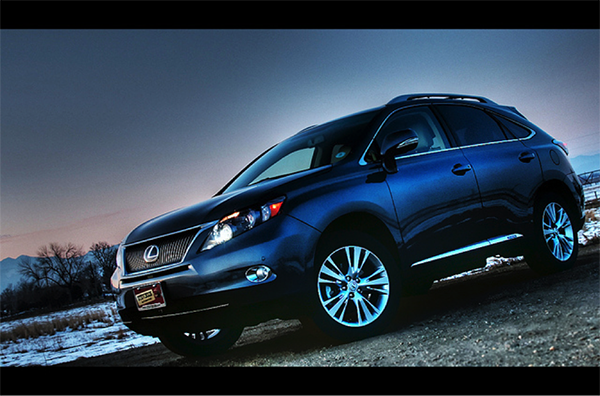 0 Shares
« Best Buy is the Ultimate Destination for the Latest Cameras and Camcorders
Aston Martin: 50 Years of Bond »