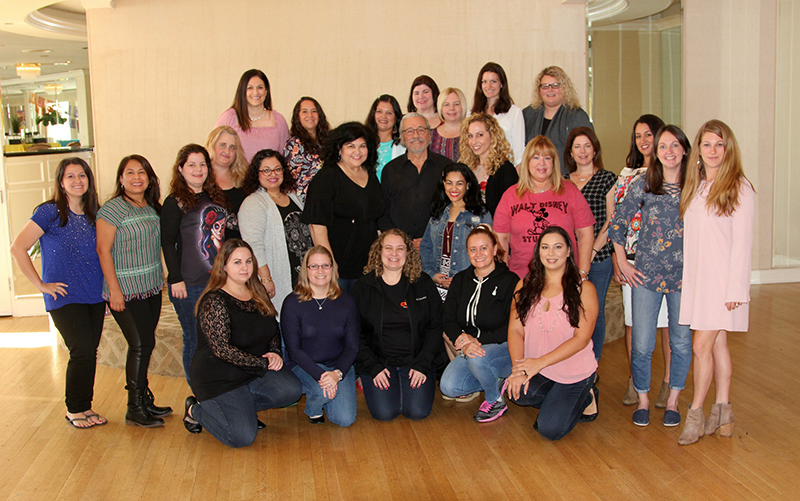 I had so many wonderful interviews during my COCO premiere experience but during our interview with Edward James Olmos was when I felt like I really learned the emotion behind Day of the Dead. It has such an effect on families but also an incredible celebration. I loved being able to learn more about the Mexican culture. 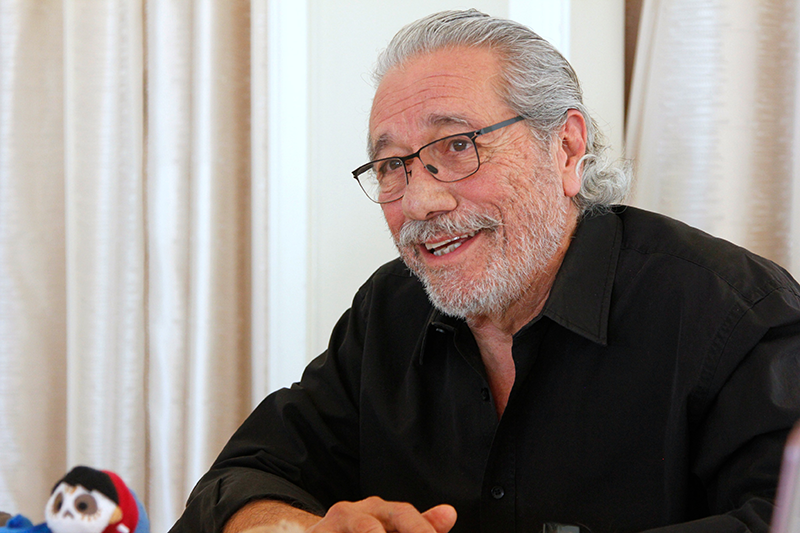 Edward James Olmos plays a very important cameo in COCO as the voice of Chicharrón. The film was very emotional for him. Even speaking to us about it made him emotional. He took the role in the film because of how well COCO explains the Day of the Dead to the audience. It allows us to really realize what might happen when no one thinks of us anymore.

COCO is all about remembering those who are no longer with us. Edward said he hopes to be remembered to have empowering stories for his family and for them to remember the time they spent together. 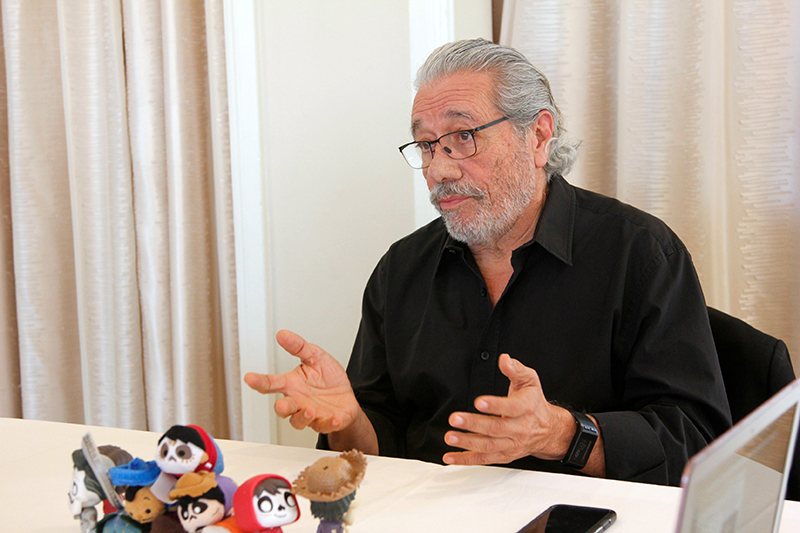 The film itself is very direct in making you feel that the Day of the Dead is a very needed moment in everyone’s life. Everyone has their own way of dealing with their past and where they come from. Each culture has their own way of doing it and it’s so wonderful when you can learn about it. Edward felt like COCO did an amazing job at explaining the culture in a simple way.

Although Edward has a small part in the film, it is one of the most important scenes in the movie with Hector and Miguel. His role deals with family and remembrance in such a beautiful way. Twenty years from today every Latino family, as well as many other cultures, will have this film in their library and share it with their children. 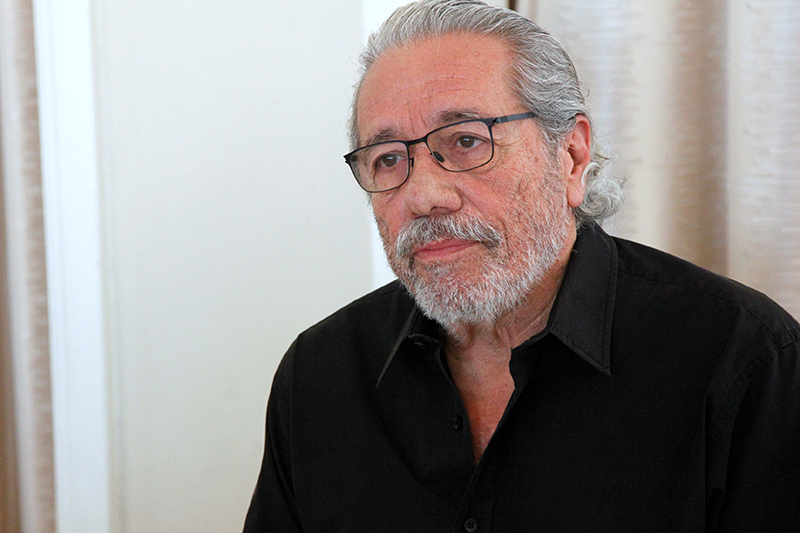 Edward feels like this is one of the most effective and important films to come out of Hollywood at this time. Oftentimes cultures are exploited and glamorized but COCO is so beautifully done. The way the world is right now it’s incredible for all of us to see the film and be happy about something that touches every single person no matter where you come from, what your roots are. It makes us think about where we came from and who we are.

Edward’s family have always celebrated Day of the Dead. It’s an integral part of living inside a Mexican household. He remembers always celebrating it with his great-grandparents and great-great grandparents going around to the cemeteries, such as Evergreen Cemetery, in East Los Angeles.

Day of the Dead was a party, a celebration of life, living and conjuring up the understanding of those that got you there. It’s a way to say thank you to those that have passed. During their visits to the cemeteries his family would put flowers and candles around the tombs. Edward can remember bringing his dad his menudo, traditional Mexican soup.

Of course, there was always a lot of crying to go with the celebration. He said the older you get and closer to being in the hole, the more you cried. As you get older you start to understand what life really is and how close you are to your family. We have to celebrate life.

Disney Pixar’s COCO is in theaters everywhere now! The perfect movie to enjoy with your family! Check out the trailer below: