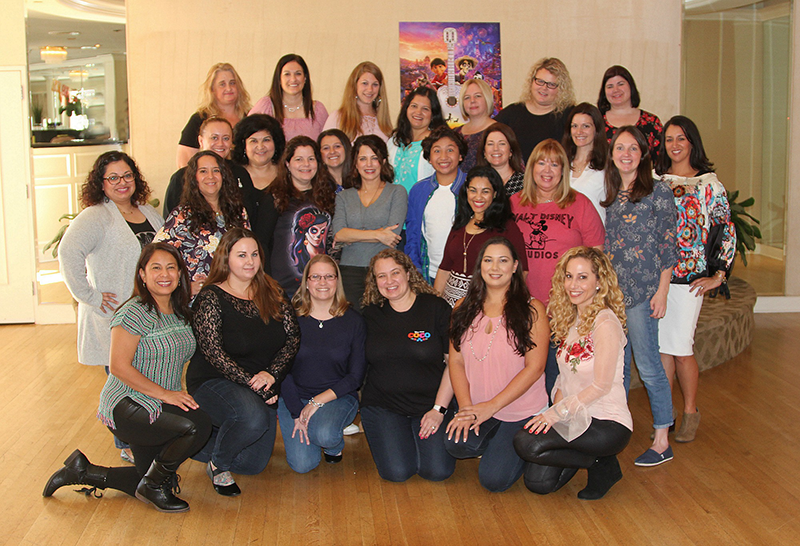 Disney Pixar’s COCO hit theaters this past Thanksgiving weekend! Did you take your family to see it? It’s such an extraordinary film. My son and I will be traveling to Los Angeles soon and I will be taking him to see it at the El Capitan Theatre. I’m so excited for him to able to experience it there with me!

During my COCO premiere experience a few weeks ago I had the chance to sit down with several of the cast members and creators of the film including Anthony Gonzalez (voice of Miguel) and Alanna Ubach (voice of Mamá Imelda). There was such a great energy as soon as they walked in the room! 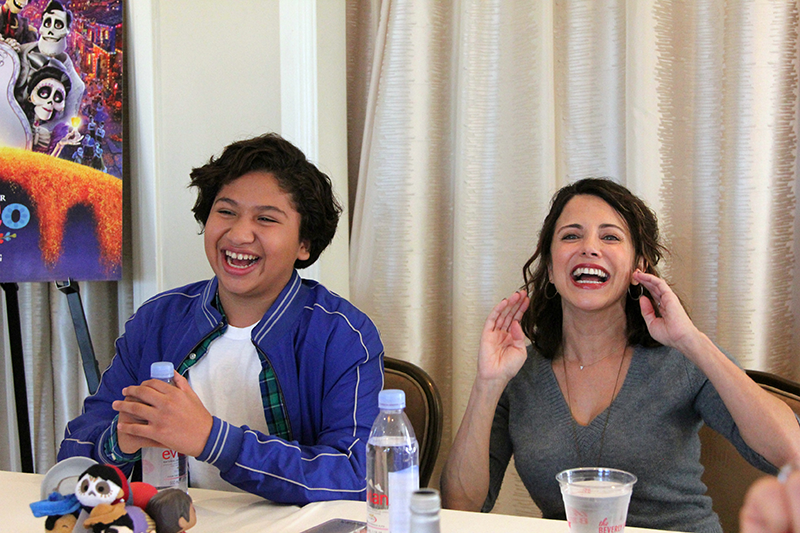 Twelve year old Anthony said being in a Disney-Pixar movie had been a dream of his. He has watched their movies since he was very little so to actually be in one is amazing. He has always loved singing for commercials, movies and press so he really enjoyed at the singing he got to do as Miguel. 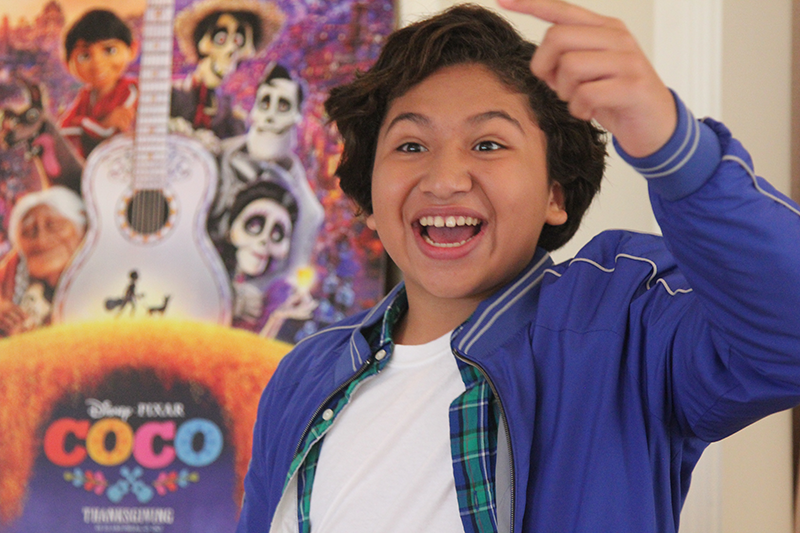 Anthony really loved doing the Gritos in the movie. Gritos are a common Mexican interjection, used as an expression of joy or excitement, that has become one of the internationally known behaviors of typical Mexican culture. Alanna and Anthony shared their Gritos with us that day which you’ll see in the video below!

You’ll also hear their beautiful voices in the video above. There’s so many incredible songs in COCO that are very emotional. Alanna sang a song she sings to her 12-week-old baby at home for all of us to enjoy. Anthony followed with a song from COCO, “Remember Me”. 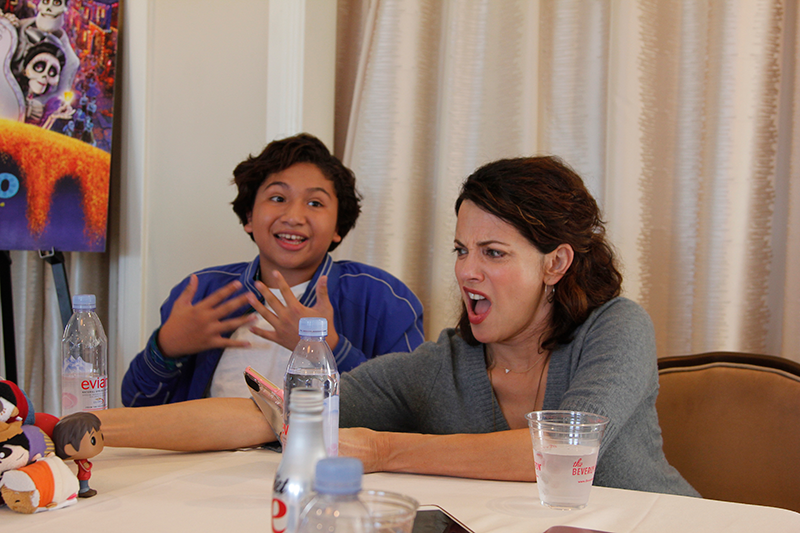 Day of the Dead

Alanna said the film paints such an exquisite picture of the afterlife for children. When her son is old enough to see the film, he’ll be able to say, “Mama, if this is what the afterlife is like, I’m not afraid of death.” It’s just as beautiful as birth. She hopes her son remembers her by the funny, silly songs she sings him and that she loved him with her very soul. He is her life. 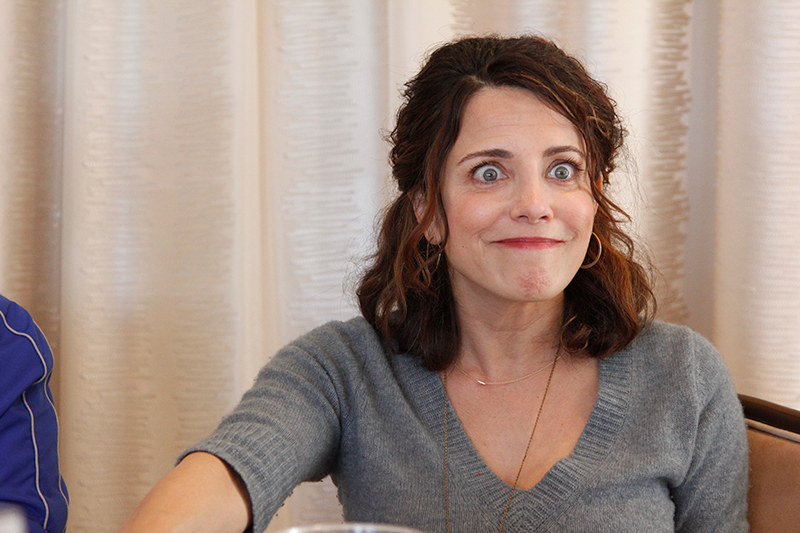 Anthony celebrates the Day of the Dead with his family. When Anthony was six-years-old his family started celebrating it when his grandfather passed away who was so special to him. His grandfather always supported him in what he loved to do, which was to sing. Celebrating the Day of the Dead was a day where he could be with him grandfather and connect with him once again. It’s so exciting for Anthony to be a part of a movie that celebrates and shows this wonderful celebration.

Anthony said what he hopes audiences take away from COCO is that you need to share your secret passion with the world. Do what you love in life. He also hopes the audience learns more about the Mexican culture, and the wonderful celebration of the Day of the Dead. Maybe they will start celebrating, because it’s a universal celebration. 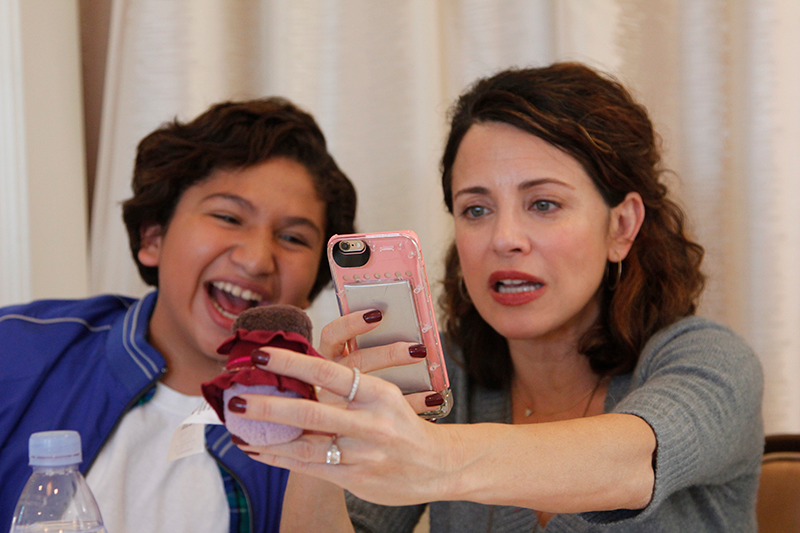 It was so important for Pixar to make this movie because it really does respect the one important quality that Latin and Latin Americans have, and that is the importance of family. That it can never be broken. No borders or presidents or politics can ever break the bond of family, and that’s something that people will walk away with from COCO.

Anthony said he absolutely loves all of the merchandise created from the movie. Of course, you can learn all about these great products in our Ultimate Disney Pixar’s COCO Gift Guide! Anthony said he has every single toy. Alanna couldn’t believe it and said she needs to start making some phone calls! Haha! Apparently she hasn’t gotten any of the merchandise!

Disney Pixar’s COCO is in theaters everywhere now! The perfect movie to enjoy with your family!