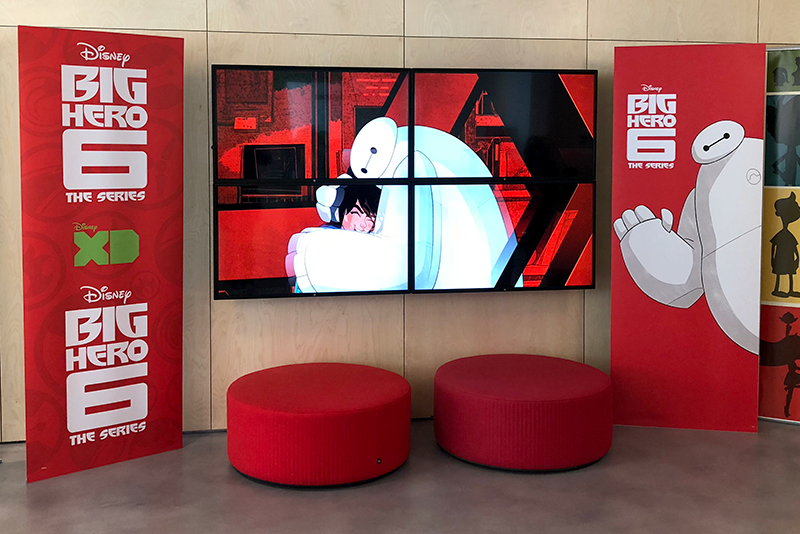 I hate admitting this but I still haven’t seen Disney’s Big Hero 6. I got several gasps from fellow bloggers when I admitted this to them during our COCO premiere experience. I immediately fell in love with Baymax and the story after screening “Big Hero 6 The Series” and I can’t wait to see the movie. 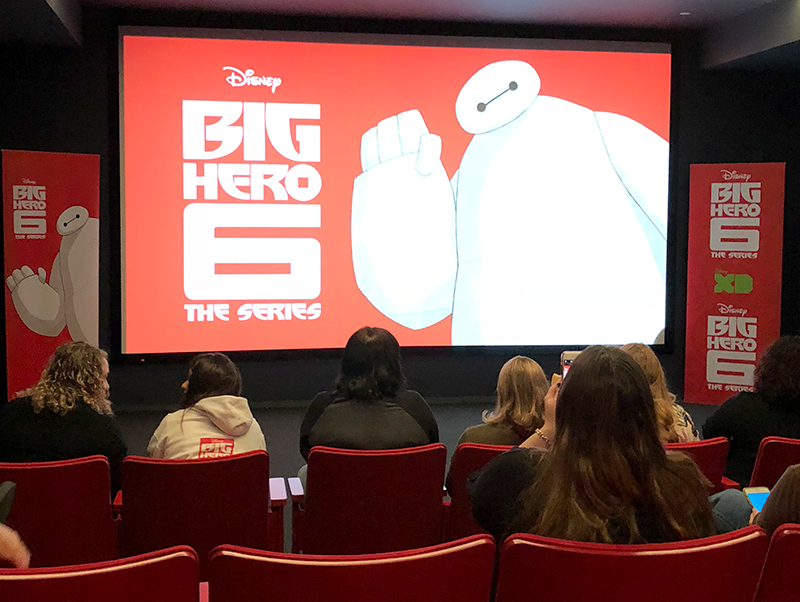 If you didn’t realize Disney had a series created since the Big Hero 6 movie, here’s a great summary of the new series:

As the new prodigy at San Fransokyo Institute of Technology, Hiro now faces daunting academic challenges and the social trials of being the little man on campus. Off campus, the stakes are raised for the high-tech heroes as they must protect their city from an array of scientifically enhanced villains.
—Disney Television Animation 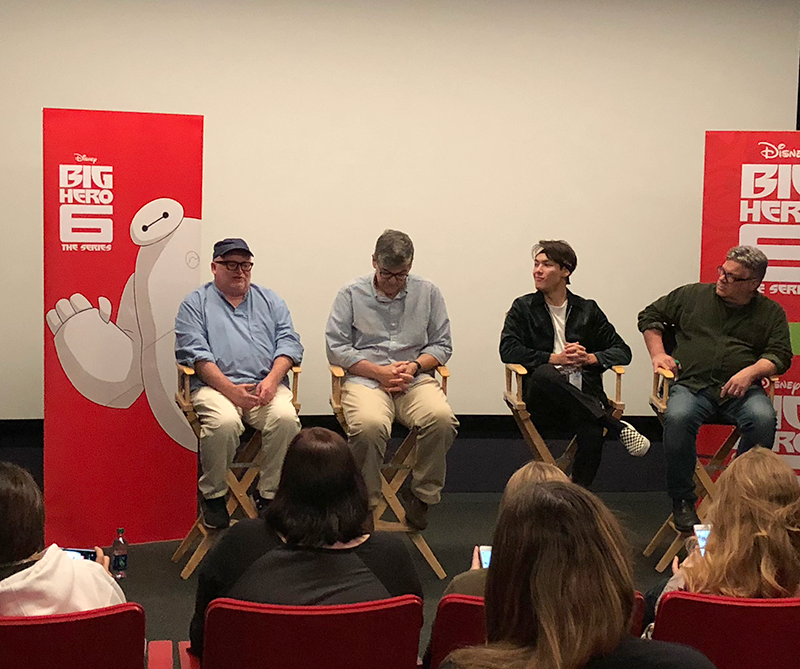 After screening a new episode of Disney’s “Big Hero 6 The Series” in the Disney XD building we had the chance to interview the cast and creators including Ryan Potter (voice of “Hiro”) and Executive Producers Mark McCorkle, Bob Schooley & Nick Filippi. The series is perfect for kids and I can’t wait to see what’s in store for Baymax. 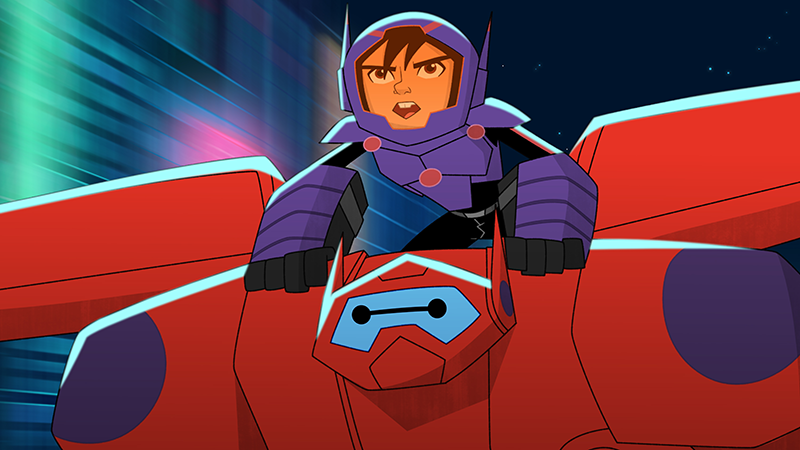 With the series the creators were able to be a little more creative when it comes to each episode. With a television series they get to throw ideas back and forth for an episode, as opposed to them coming in two months later with brand new ideas. When it comes to the series the actors can help create on the spot and don’t have to stay as true to the script like in the movie. Bob said they like to encourage the actors, especially when you’re adapting a movie, to take the lead and do what feels right for their character. 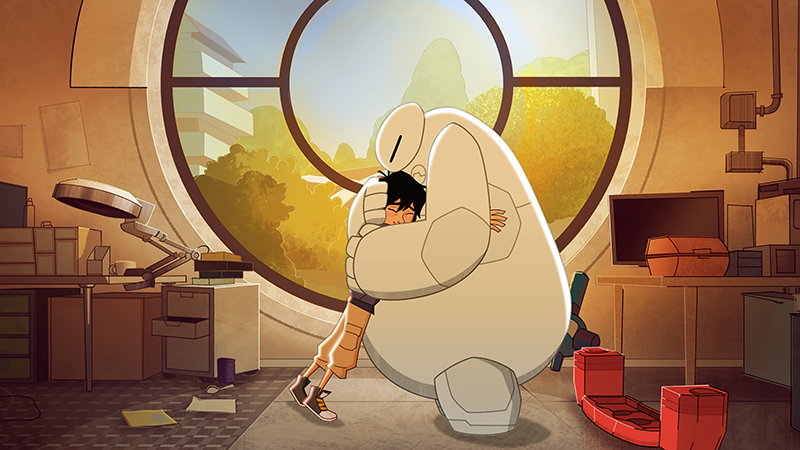 The Movie vs the Series

They were referencing 101 Dalmatians. They wanted something that had a graphic feel the animators could really latch on to, but also the warmth of the hand-drawn pencil line. It’s also very unique. Disney does amazing things with 2D now and they’ve been doing it awhile. Smart 2D art direction can make something a unique piece of entertainment onto itself. 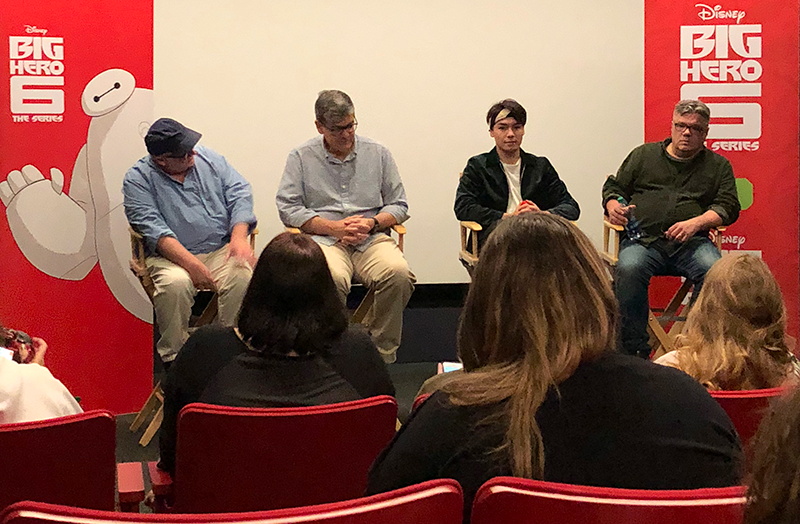 There’s a little foreshadowing practically to every plot in the first season. There’s little nods to characters you’re going to meet. The setting of the series is in San Fransokyo. The creators fell in love with the idea of a mash-up culture of San Francisco and Tokyo, just because it was such a cool idea. It’s like Muir Woods and Tokyo’s Aokigahara Forest. It was very fun for them to create this combo world but make a real city. 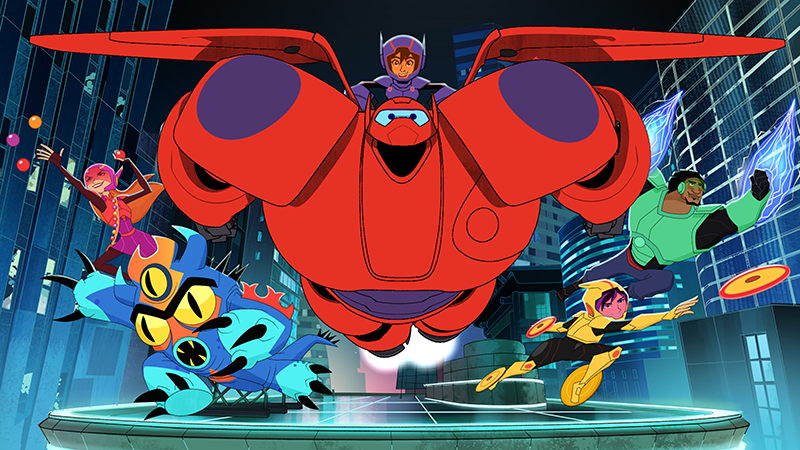 Portraying Science in a Positive Way

The creators thought it was so refreshing to see science being portrayed in a positive way in the movie. The group of kids in “Big Hero 6 The Series” are smart and being smart is cool. At the heart of the story, it’s just a bunch of smart kids and every problem that they encounter, they tend to solve it with their wits. A lot of the heart of the show is the chemistry between the Big Hero 6.