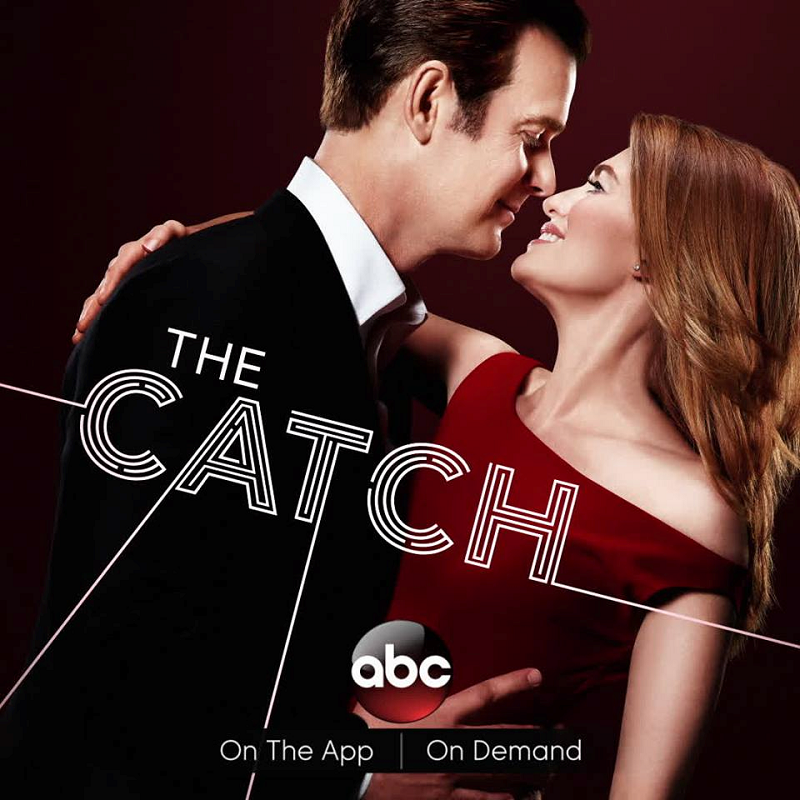 During our Disney press trips it’s always fun to be able to head to the ABC Building where screen shows as well as interview cast and creators. TGIT, Thursday nights, on ABC is full of incredible shows like Scandal (one of my faves), Grey’s Anatomy, and How to Get Away With Murder. ABC’s The Catch has now joined the line-up to only make it even better!

During our visit to the ABC Building we screened an episode of The Catch and had Q&A with actress Sonya Walger (“Margot” on The Catch – and “Penny” from LOST) and Showrunner & Executive Producer Allan Heinberg.

I’ll admit, I hadn’t watched The Catch until I binge-watched it to prepare for interview questions and get up to speed on the episodes. It’s a fabulous show and one my husband even enjoys it! We were immediately hooked! The perfect show to watch with your spouse. 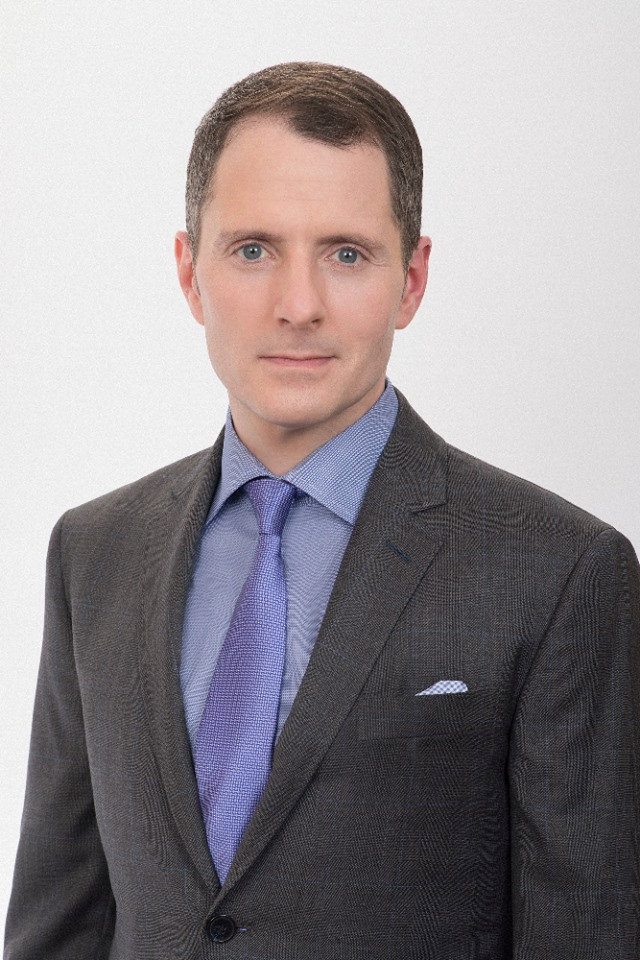 The Catch is full of many twists and turns that you’ll always be surprised and on the edge of your seat. Season two is full of surprises and changes for the cast. Alice and Margo discover they have more in comment than they thought and there’s a sort of begrudging mutual respect but still a lot of wariness. They realize they’re both strong, empowered, intelligent women who can go toe-to-toe, and neither one is going to stand down. They soon realize they have to kind of work together. 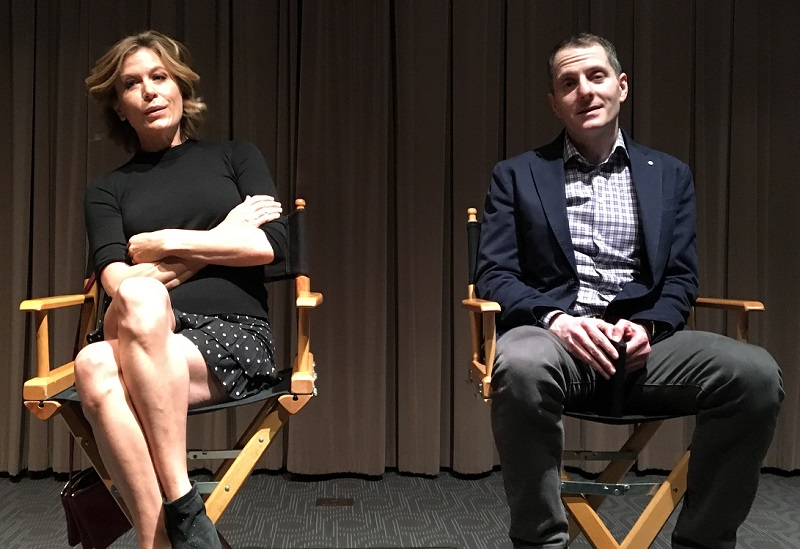 If you’ve watched the show you might thing that the title, The Catch, comes from Alice who is trying to catch Ben but once season two starts you may be wondering what really is the catch. Allan said for him it is about love and that you can’t have it all so there’s always going to be a catch. The guy you fall in love with who turns out to be your soulmate- it’s also the guy who stole all of your money and is a career criminal. 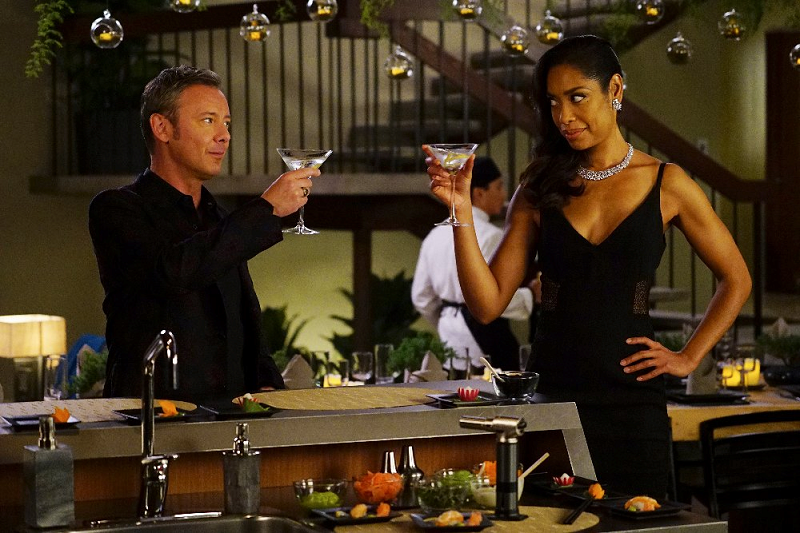 A lot of us look at love as an escape from our daily lives. The catch is what real love is, something less romantic and a lot harder to achieve. There’s always a catch with the relationships on the show. 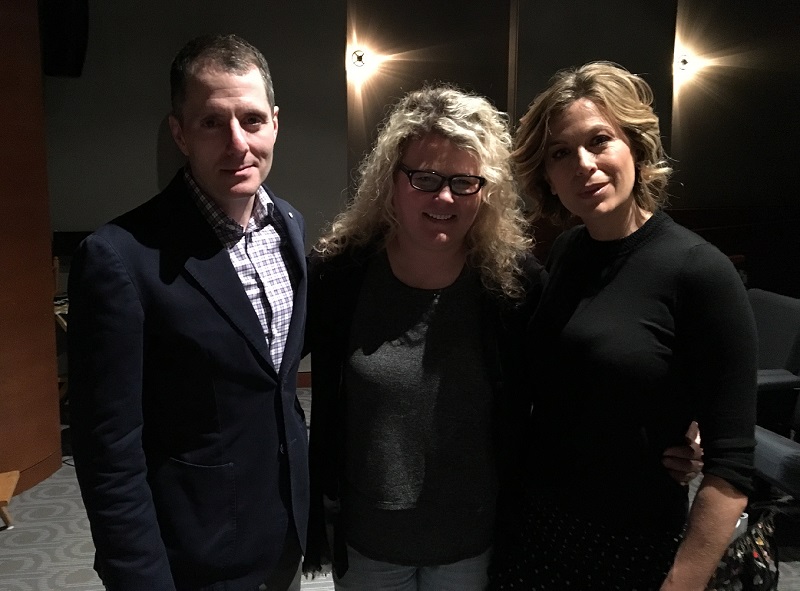 Allan wanted to bring a show that was lighter, sexy, fun and fashion forward to Thursday nights. He had been in Shondaland for about ten years working on Scandal so he knew he wanted something a little different. He had also worked on Sex and the City and missed with smart people talking smartly to one another, wearing amazing clothes while talking about real love issues and how relationships work.

Allan refers to Trouble in Paradise as one of the best movies ever made and said he got inspiration from it for various scenes. He said he’s a pop culture junkie and tries to put as many Easter eggs in as possible. 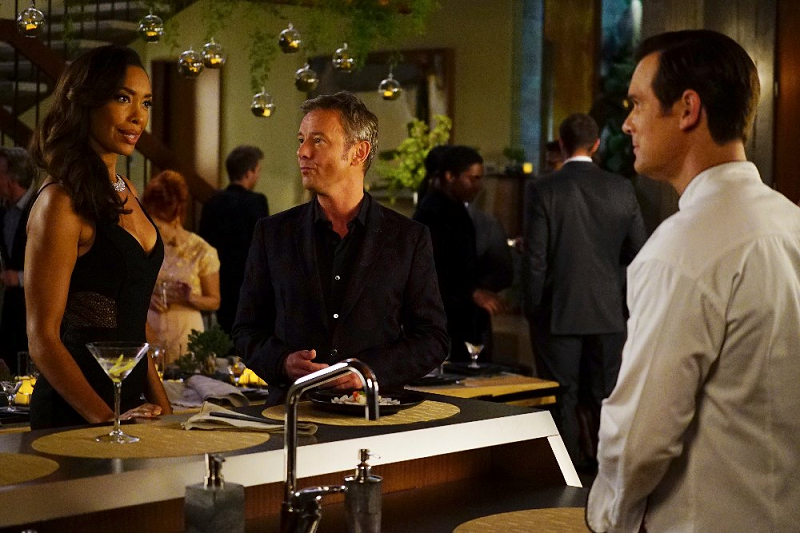 Allan mentioned the fashion on the show so we were excited to learn more about it from Sonya. She said one of her favorites things is to go in for a wardrobe fittings. When Sonya goes in to wardrobe Peggy A. Schnitzer (costume designer) is wonderful and has the best eye for what will work best. Peggy always has a rack of the most exquisite dresses. Sonya said Peggy knows her body better than she does herself. Peggy selects dresses Sonya wouldn’t normally pick but they look amazing on her! Allan says he likes to keep pushing and pushing with the wardrobe. 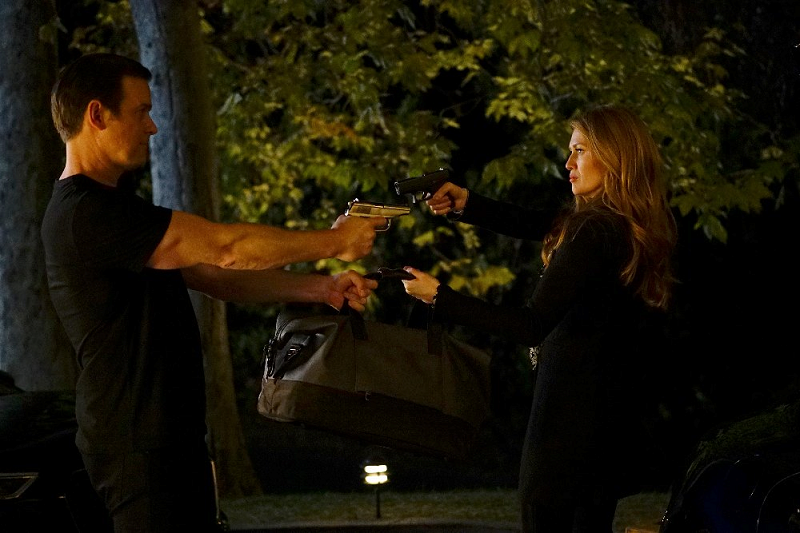 Sonya said it is rare and a great thing to work with somebody as collaborative as Allan. It’s a big part of why the characters evolve and change. Allan knew they had to reinvent the show completely in the second season. He wanted the same characters we love but with new dynamics. It can be hard writing new scenes for the same characters while keeping the audience still engaged. 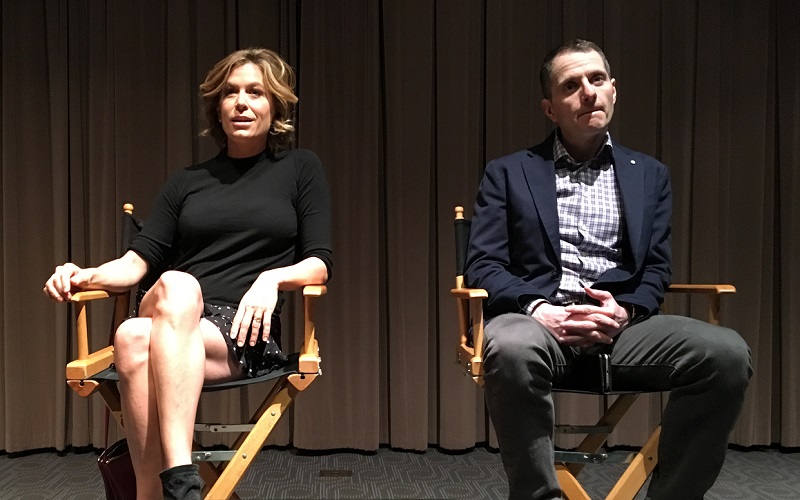 One of the reasons Allan left Grey’s Anatomy was because he couldn’t possibly write another Christina Owen scene. He felt like it was paralyzing him and they were repeating themselves too much. It’s great he’s wanting to spin everything around and keep the show fresh. With The Catch he wants to keep spinning the dynamic and is excited they get to reinvent the show every ten episodes which is a lot of fun for him. 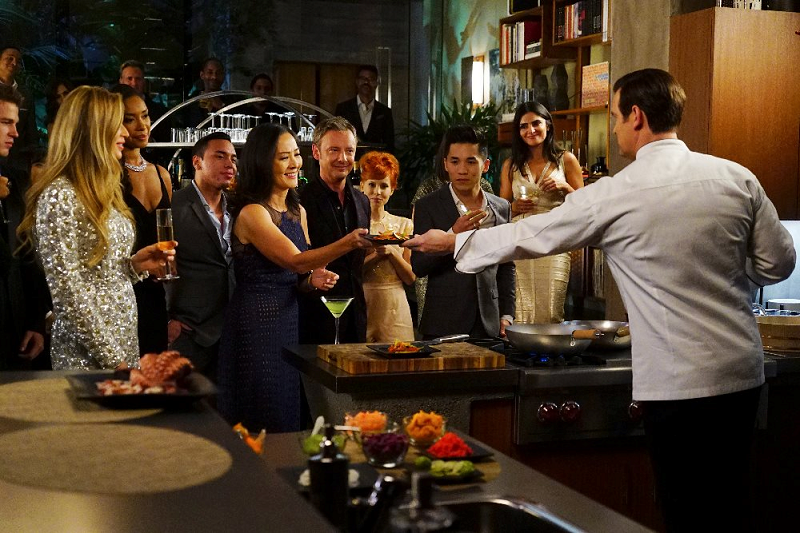 If you’re a fan of Downton Abbey’s Mrs. Patmore, played by Lesley Nicol, then you’ll be excited she’s coming back for more episodes in The Catch. Allan is a big fan of hers and was excited to cast her as Sonya’s mom. She was a very popular character on the show.

Check out the featurette for the premiere of The Catch below:

Tonight’s episode, “The Dining Hall” – Alice discovers some very hard truths about her brother Tommy and Val is forced to dig into her past in order to help with his case. Meanwhile, relationships are tested as Margot and the AVI team have to navigate their current realities, and Ben and Rhys’ latest con may turn out to be a little too risky, on The Catch, airing THURSDAY, MARCH 23 (10:00-11:00 p.m. EST), on The ABC Television Network.