Marlin and Nemo once again share the big screen with Dory but this time they are helping Dory find her parents in Finding Dory. During my recent Disney press trip I had the chance to sit down with Albert Brooks (voice of Marlin) and Hayden Rolence (voice of Nemo).

Since thirteen years has passed since Finding Nemo, the actor who voiced Nemo was no longer a child. They had to cast a new child actor, Hayden Rolence, for the voice of Nemo. It was no easy feat since he did need to be able to sound like the original fish we’d all come to love.

Hayden said he was a very big Nemo fan. He really wanted to do the character justice and didn’t want to disappoint anyone. He did an amazing job becoming Nemo. I couldn’t tell the difference from the original at all!

When Hayden auditioned he actually had to send in a tape since he lives in Illinois. After repeatedly practicing scenes he was able to make his voice sound like the original Nemo.

It was so long between the two movies that Albert had about given up. Thanks to Ellen for campaigning for a sequel for ten years on national television. Albert said he believed in Director Andrew Stanton and that he would figure out how to make the movie amazing. Besides, Andrew is also known for Wall-E and Toy Story. 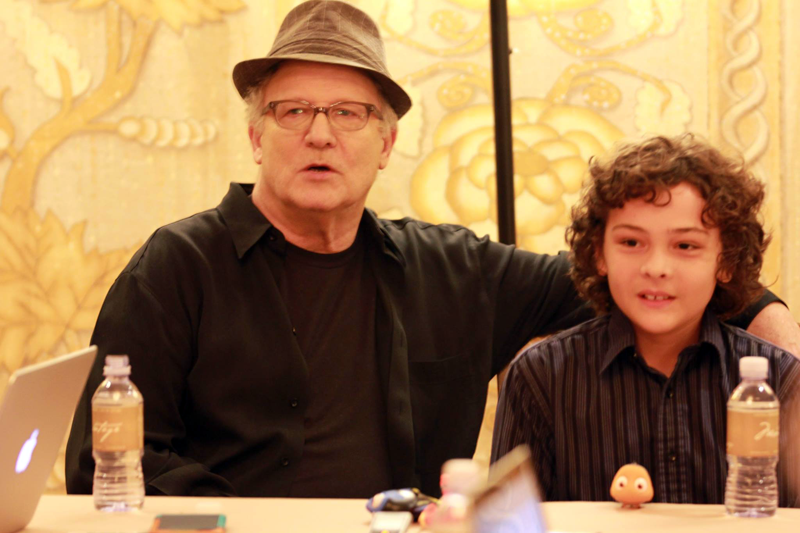 Albert said he favorite part of the movie were the shells. Once you see Finding Dory you’ll know exactly what he means. He said there was so much emotion in that one image of the purple shells.

That one visual image, I thought, was the most beautiful thing in the movie.  And a couple of my jokes. – Albert Brooks, voice of Marlin in Finding Dory

Albert said it’s a movie that you can take your kids to and sit through and enjoy. It’s funny without being sarcastic. Albert felt the movie is heartwarming without being schmaltzy. Viewers will have more feeling than they thought when they watch Finding Dory. 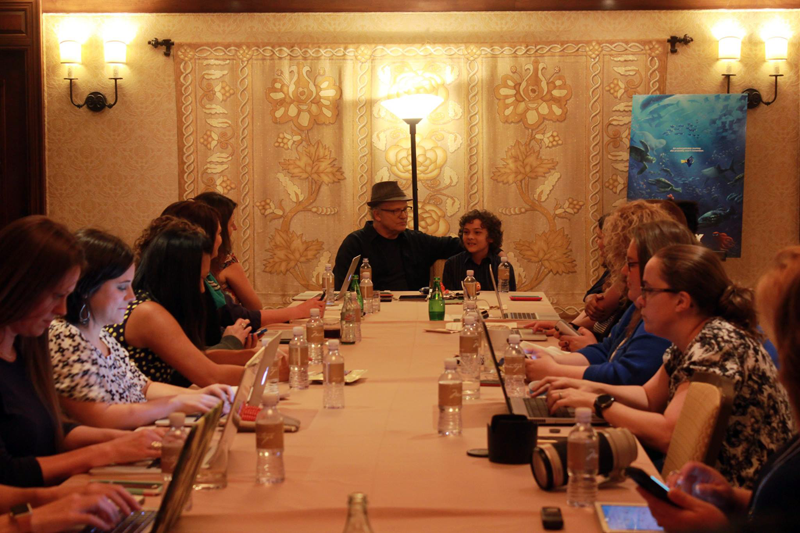 Nemo and Marlin have a very special relationship. Finding Nemo is a nice father son story. Marlin worries a lot as a dad about Nemo. Albert said he is a worrier too but nothing like Marlin. No one can worry as much as Marlin. In Finding Dory, Marlin has mellowed out a little and feels more secure about Nemo. 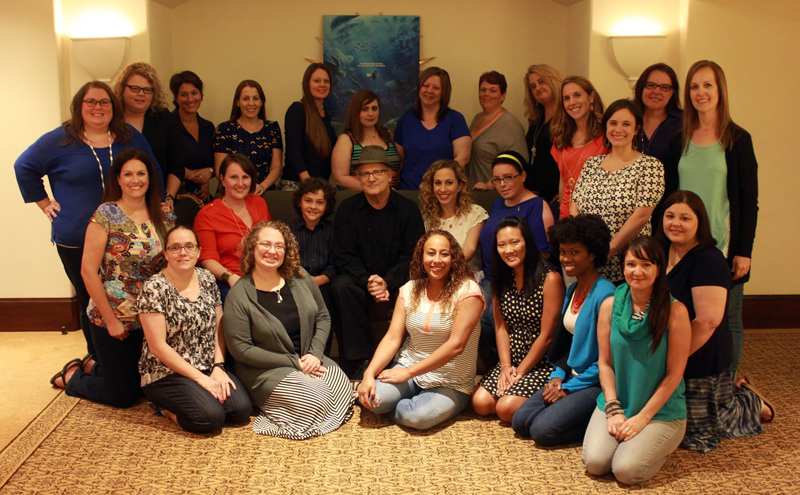 Finding Dory is swimming in to theaters everywhere now! Check out the trailer below!

Be sure to enter to win our Finding Dory giveaway where two winners will win a Little Icon necklace inspired by the logo for Disney Pixar’s Finding Dory by designer Alex Woo.

Check out more about Finding Dory below: