Every January I always look forward to the movie release schedule for Walt Disney Studios Motion Pictures. It is going to be an amazing year at the movies! Find below synopses and information on the 2016 release schedule from Walt Disney Studios Motion Pictures. It’s so hard to pick one favorite because there’s so many great movies coming to theaters this year!

Disney presents the heroic action-thriller, The Finest Hours, based on the incredible true story of the greatest small boat rescue in Coast Guard history.

Learn more about The Finest Hours.

Coming to theaters everywhere March 4th, 2016 is like nothing you’ve seen be-fur…Zootopia. This animated comedy-adventure from Walt Disney Animation Studios directed by Byron Howard (Tangled, Bolt) and Rich More (Wreck-It Ralph, The Simpsons) and co-directed by Jared Bush (Penn Zero: Part-Time Hero) brings us to the modern mammal metropolis Zootopia, a city like no other. Zootopia consists of habitat neighborhoods like ritzy Sahara Square and frigid Tundratown.

Directed by Jon Favreau, The Jungle Book is an all-new live-action epic adventure about Mowgli (Neel Sethi), a man-cub raised in the jungle by a family of wolves, who embarks on a captivating journey of self-discovery when he’s forced to abandon the only home he’s ever known. Plus, the imagery looks absolutely breathtaking!

Learn more about The Jungle Book.

Paul Rudd (Ant-Man, Anchorman 2: The Legend Continues) will make his first appearance alongside the Avengers as Scott Lang/Ant-Man in Captain America: Civil War. 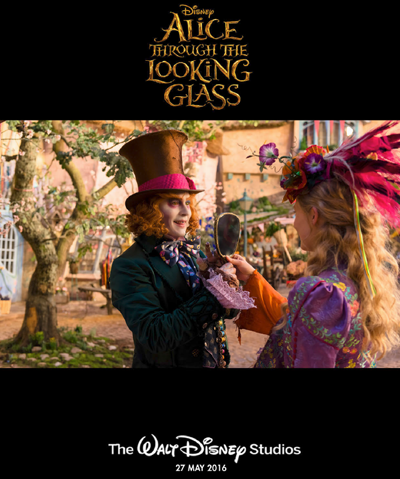 Alice will be returning to the whimsical world of Underland and traveling back in time to save the Mad Hatter in Disney’s new Alice Through the Looking Glass! The all-new spectacular adventure will feature the unforgettable characters from Lewis Carroll’s beloved stories.

The all-star cast is reuinted from the worldwide blockbuster phenomenon, including: Johnny Depp, Anne Hathaway, Mia Wasikowska and Helena Bonham Carter along with the voices of Alan Rickman, Stephen Fry, Michael Sheen and Timothy Spall. Plus, we’ll be introduced to several new characters: Zanik Hightopp (Rhys Ifans), the Mad Hatter’s father and Time himself (Sacha Baron Cohen), a peculiar creature who is part human, part clock.

Learn more about Alice Through the Looking Glass.

The beloved blue Tang fish, Dory (voiced by Ellen DeGeneres), is back in an all-new big-screen adventure next summer. In Finding Dory, the forgetful blue fish will be reunited with loved ones and learn a few things about the meaning of family along the way. Director and Pixar veteran Andrew Stanton says this film takes place about a year after the first film. It features returning favorites Marlin, Nemo and the Tank Gang, among others. We’ll also see a host of new characters as they swim along the California coastline.

Directed by Spielberg, Disney’s The BFG tells the imaginative story of a young girl (Ruby Barnhill) and the Giant (Mark Rylance) who introduces her to the wonders and perils of Giant Country.

Learn more about THE BFG.

A reimagining of Disney’s cherished family film, Pete’s Dragon is the adventure of an orphaned boy named Pete and his best friend Elliott, who just so happens to be a dragon.

Queen of Katwe is the colorful true story of a young girl selling corn on the streets of rural Uganda whose world rapidly changes when she is introduced to the game of chess, and, as a result of the support she receives from her family and community, is instilled with the confidence and determination she needs to pursue her dream of becoming an international chess champion.

Directed by Mira Nair from a screenplay by William Wheeler based on the book by Tim Crothers, Queen of Katwe is produced by Lydia Dean Pilcher, p.g.a. and John Carls and stars Golden Globe nominee David Oyelowo, Oscar winner Lupita Nyong’o and newcomer Madina Nalwanga. 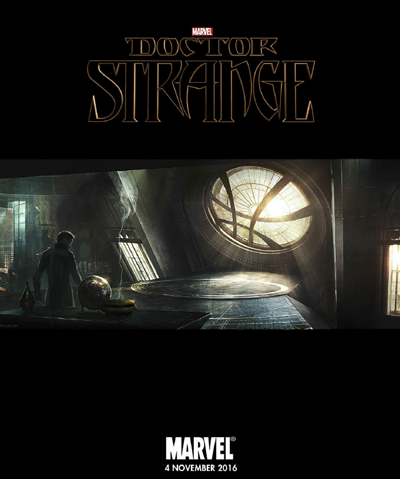 Marvel’s Doctor Strange follows the story of neurosurgeon Doctor Stephen Strange who, after a horific car accident, discovers the hidden world of magic and alternate dimensions.

From the incredible filmmaking team of Ron Clements and John Musker (“The Little Mermaid,” “The Princess and the Frog,” “Aladdin”), the CG-animated comedy-adventure is about a spirited teenager on an impossible mission to fulfill her ancestor’s quest.

Lucasfilm’s Rogue One, which takes place before the events of Star Wars: A New Hope, tells the story of resistance fighters who have united to steal plans to the dreaded Death Star.

The Light Between Oceans is a heart-breaking drama about fate, love, moral dilemmas and the lengths to which one couple will go to see their dreams realized.